Valve's Steam Deck remains on tracks of its February launch

'we’re on track to ship Steam Deck on time'

In the company's latest Steam Deck update, Valve confirmed that they were on track to start shipping Steam Deck systems to consumers by the end of February, "global pandemic, supply issues, and shipping issues notwithstanding."

Valve also confirmed that work on their "Steam Deck Verified" program is underway, and that means that Steam users should soon be able to see which games have been verified as Steam Deck compatible. As part of their testing, Valve is looking into four major aspects, input, seamlessness, display, and system support. In other words, Valve wants to make sure that games support the Steam Deck's software, support its screen resolution, support its gamepad controls, and can be played seamlessly (without issues or required workarounds).

The Steam Deck verified program will allow Steam Deck users to buy, install and play games on their Steam Deck systems with a guarantee of compatibility. Unverified games may not work on Valve's Steam Deck system, or require workarounds to play correctly.

Valve has also confirmed that they have sent "hundreds" of dev kits last month, a move that will help game developers to update their current games and optimise their future games for Valve's Steam Deck handheld. 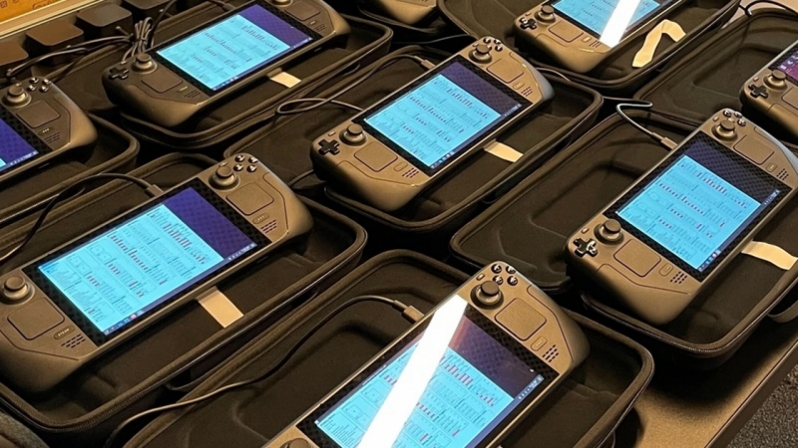 Valve's Steam Deck system was originally due to launch in late 2021, but logistical challenges and hardware shortages prevented Valve from sourcing and transporting all the parts they needed in time to make their original deadline. Thankfully, Valve remains committed to launching their Steam Deck handheld gaming PCs in late February, which is great news for PC gamers.

You can join the discussion on Valve's Steam Deck handheld gaming system on the OC3D Forums.