Is this the 'Switch Pro' alternative that PC gamers want?

It's official; Valve is making a handheld console called the Steam Deck, a portable SteamOS device for on-the-go PC gaming with an AMD "Powerhouse" SOC powering it.

The system will be available in December, launching with pricing as low as £349 in the UK, a 7-inch 1280x800 screen and a full Steam Controller style gamepad with trackpads and full Xbox-style gamepad controls. Let's be clear here; this system is a full-on gaming PC, a factor that gives this system a lot of versatility.

Thanks to SteamOS and Valve's work on Proton, a huge portion of Steam's vast game library will be playable on the system, even if they are Windows exclusive. The system will have varying storage and screen coating specifications depending on the model you order, but all of these systems will contain AMD's most powerful APU to date.

With a quad-core Zen 2 processor, 16GB of LPDDR5, and RDNA 2 GPU CUs, Valve's Steam Deck has AMD's most powerful low power gaming SoC to date. Valve's use of LPDDR5 memory also ensures that their gaming SOC has plenty of memory bandwidth to play with, at least compared to AMD's other integrated graphics chips. 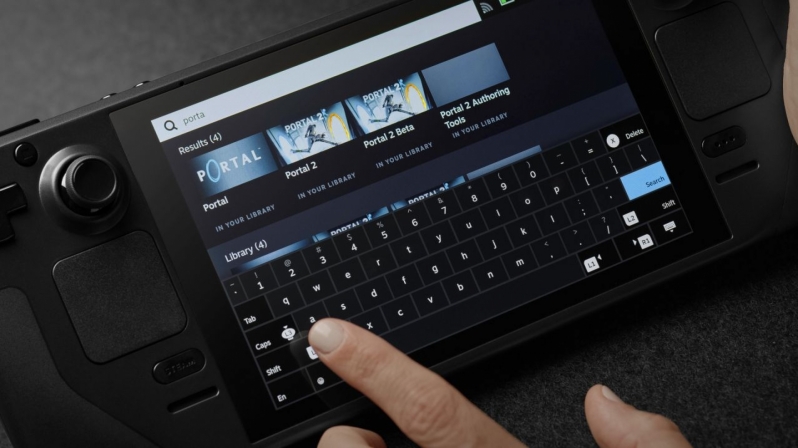 With a price tag as low as £349, it is hard not to be pleased with what Valve and AMD are offering with the Steam Deck hardware-wise. 16GB of memory is more than most laptops contain, and with a 7-inch screen, a resolution of 1280x800 will look great for most titles.

The only problem with Valve's design is the system's better life, a problem that is shared by all gaming handhelds. That said, a USB battery pack should help portable users extend the battery life of this system to more comfortable levels. 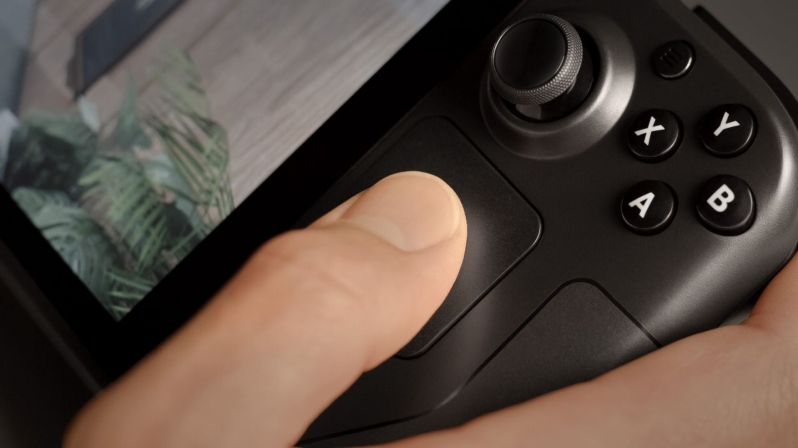 With their Steam Deck system, Valve has the potential to completely change the PC gaming ecosystem, giving developers a reason to focus on titles with lower system requirements for mobile PC players. That said, thanks to AMD's RDNA 2 SOC, the Steam Deck also gives developers more reasons to invest in AMD's RDNA 2 feature set, Linux gaming, and the cross-OS Vulkan API. 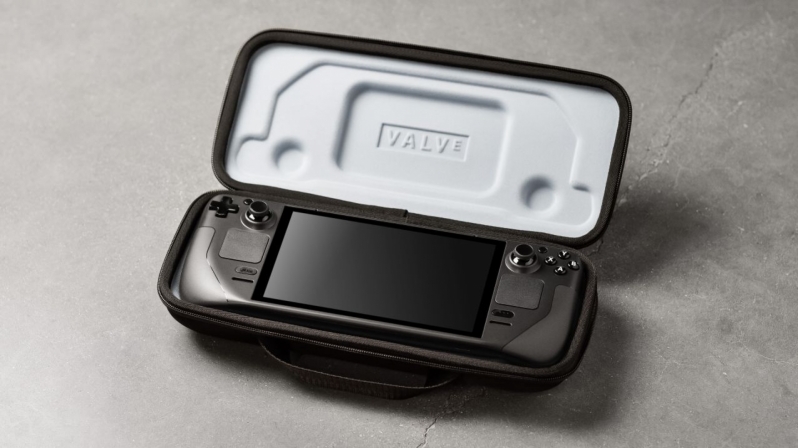 Valve's Steam Deck will be available this December for prices between £349 and £569. The more expensive models will ship with carrying cases, NVMe SSD storage and exclusive Steam Community items. The highest-cost £569 model will also come with a premium anti-glare etched glass screen.

Valve has confirmed that they are working on a Switch-style dock for the Steam Deck, which will be available with an Ethernet port, HDMI and DisplayPort connector options, and many USB ports.

Steam users can reserve their Steam Deck starting tomorrow for £4 in the UK. 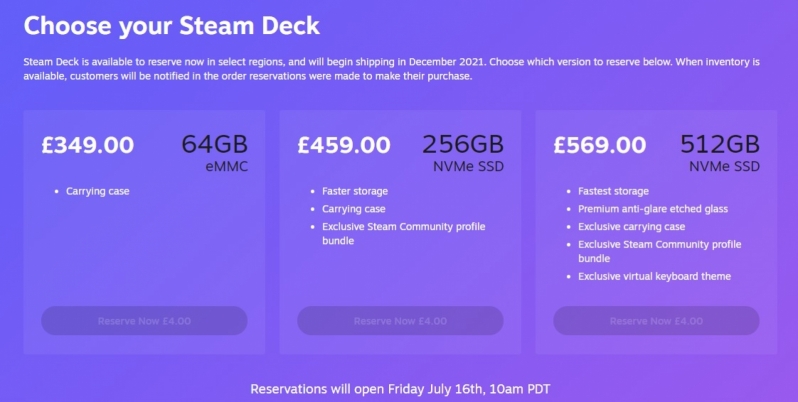 You can join the discussion on Valve's Steam Deck portable gaming system on the OC3D Forums.

Greenback
it looks interesting though considering the size of games I don't see the point of 64GB, be interesting to see if it would be possible to put a bigger m.2 in thereQuote

AngryGoldfish
Quote:
They already have planned higher storage capacity models at higher prices. The maximum is 512GB, which is plenty for most gamers in my opinion. I can imagine this PC being great for smaller indie games.Quote

Greenback
their also bringing out a dock seems like they are giving Nintendo a run for their money, would of loved this when i was traveling to London dailyQuote

NeverBackDown
Quote:
Not only that but at a 1280x800 resolution you don't need 4k textures or anything. So the game sizes will be smaller as graphics won't be as important.

64GB emmc storage is awful though. Emmc is slow. Not even as fast as Sata 3 ssd. You'll definitely want the higher end ssd storage.Quote

Peace Đ
Of course, the OLED Switch is too new for it to influence the Steam Deck, but Valve seemingly made the same mistake that Nintendo did with the earlier Switch models: the screen has HUGE ugly bezels. WHY?!Quote
Reply