TSMC is rumoured to be creating a new 7nm console chip

Will 7nm be used to create a new range of power efficient Super Slim consoles?

TSMC is rumoured to be creating a new 7nm console chip

When TSMC announced that their 7nm FinFET (CLN7FF) manufacturing process had entered volume production, several sites have taken the following quote from Anandtech as evidence that a 7nm PS5 chip will be manufactured this year.

The quote below comes from TSMC's Co-CEO and President, C. C. Wei.

More than 50 products tape-outs has been planned by end of this year from applications across mobile, server CPU, network processor, gaming, GPU, PGA, cryptocurrency, automotive and AI.

Our 7nm is already in volume production.

This so-called "Gaming" product is what some allege to be Sony's PS5, which some rumour sources have stated could be announced this year. Sony currently manufactures their PS4 Slim and PS4 Pro consoles on TSMC's 16nm manufacturing process, making the company a likely candidate for PS5 production. What is more likely right now is a 7nm iteration of Sony's "Neo" PS4 Pro silicon, which will lower the power consumption of the console and create a hypothetical PS4 Pro Slim.

With reduced power consumption and heat output, a 7nm PS4 Pro chip will allow Sony to create PS4 Pro consoles with lower levels of power consumption, allowing the PS4 Pro to get smaller and cheaper to produce, making their high-end console more accessible to the mass market. 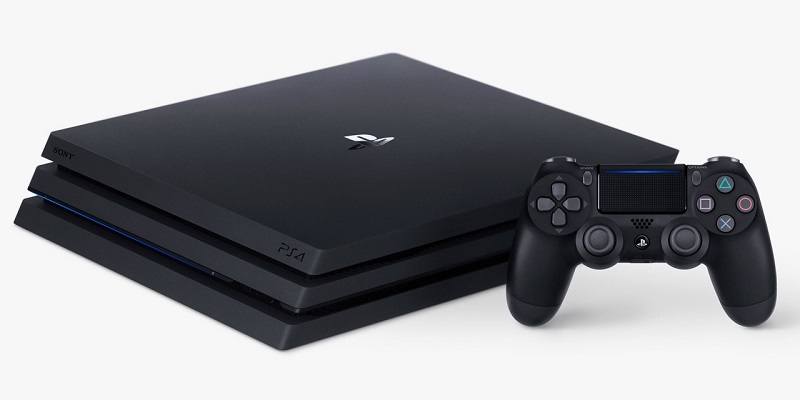 While a PS5 chip is possible on 7nm, it is likely that Sony will wait until late 2019 or 2020 to release a new console, at least three years after the release of the Faux-K PS4 Pro. To create a next-generation console Sony is likely to tap AMD for access to Zen processor cores and Radeon graphics, delivering a generational leap in CPU performance to create something that can be truly called "next-gen" in the console market.

It is also possible that Nintendo plans to create a 7nm chip for the Switch handheld console, with decreased power consumption offering the opportunity for Nintendo to increase the battery life of their portable gaming machine significantly. Nintendo's Switch console is currently built using 20nm (non-FinFET) manufacturing tech.

In all, we believe that a PS5 console is extremely unlikely in 2018, though a PS4 Pro Slim could be on the cards.

You can join the discussion on TSMC's rumoured 7nm console chip and Sony's potential PS4 Pro Slim on the OC3D Forums.

tgrech
Personally I think a new Switch SoC is by far the most likely case given the ever growing list of unpatchable vulnerabilities found with the recycled/leftover Tegra X1's they've used for the original model. Nintendo didn't design the console with the likelihood of it being the runaway success that it is in mind and definitely prioritised low financial risk over the long term mass production economics, hence why the Switch was the first console in over a decade to use an of-the-shelf CPU/SoC.

Plus, dataminers have found mentions of support for a new SoC version T214(As opposed to the current T210) have been added to recent system updates-

And of course, a die shrink means better battery life, better thermals, lower costs, and possibly even the ability to run at docked-clocks/performance while in handheld mode(Possibly with a higher end 1080p "Switch+" at the Switch's launch price?).


Or, maybe the improved economics and performance of 7nm look to be so enticing that lower-cost/smaller variants of the Pro and maybe later the X(XS?) are also in the works, with their successors coming shortly at closer to previous Pro/X price points after as the technology and EUV in general matures a little.Quote
Reply