The Xbox One S All-Digital's Pricing Makes No Sense

The Standard Xbox One S is cheaper...

The Xbox One S All-Digital's Pricing Makes No Sense

Microsoft has finally revealed their Xbox One S All Digital console, which now has a release date of May 7th and will ship for £199.99 in the UK and $249.99 in the US.

Xbox's Major Nelson has confirmed that the Xbox One S All-Digital is designed to be $50 cheaper than their standard Xbox One S, but there's a problem, it isn't less expensive than the 4K Blu-Ray enabled version. In the UK, Xbox One S 1TB consoles can be bought new for less than £192 at both GAME and Amazon, albeit without the S All-Digital's 3-game bundle.

In effect, Microsoft has released a "cheaper" console that isn't and has denied users of this console access to physical copies of games, which are often cheaper than their digital counterparts, especially if gamers make use of pre-owned or borrowed games. In the long run, gamers who are willing to use non-digital copies of games will save money, especially if they still want to play their original Xbox and 360 disks in backwards compatibility mode.

If they wanted to market their Xbox One S All Digital, which is now known as the SAD edition on social media, they needed to release the console with a price tag that was lower than the console's standard version. Yes, the game bundle helps, but every game included is part of Microsoft's Xbox Game Pass, making all of them accessible at a low price. 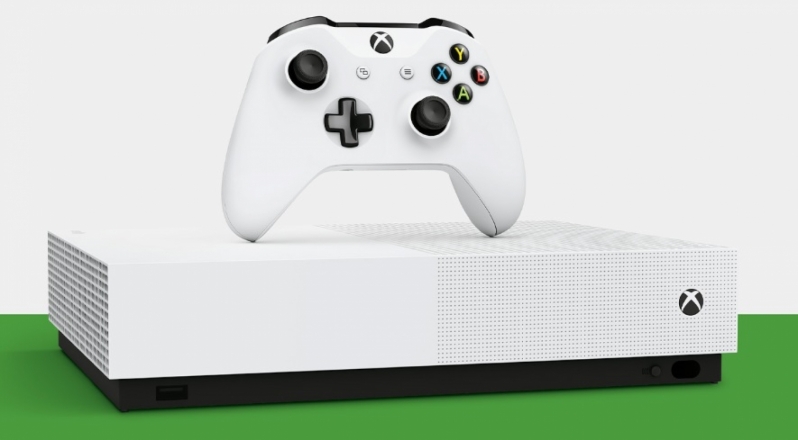 What's our advice when it comes to the Xbox One SAD? Buy the standard Xbox One S. Access to disk based games will save you money in the long run, especially if you have friends that also use the Xbox platform. Access to a 4K Blu-Ray player may also be useful for some users, especially if they have an extensive DVD or Blu-Ray collection. With the cost difference being so minimal, it is hard not to see the advantages of Microsoft's Standard Xbox One S.

You can join the discussion on Microsoft's Xbox One S All-Digital Console on the OC3D Forums.

tgrech
Has anyone ripped one open yet? Did they put that space to good use and let you fit a 3.5" drive? That would be a game changer imo.

Edit: Just found a tear down, seems not but I reckon there's enough space to cram one in there with a little SATA extender cable.

WYP
Quote:
I for one would like to see that mod.Quote

jimma47
Quote:
With the price of SSD's I'd go a 2TB for speed, heat and noise. Although a 6-10TB storage device would be fun. I envy you guys with actual fast internet.Quote
Reply