The Raspberry Pi 4 has just received a huge memory bump

For starters, the Raspberry Pi 4's 2GB version now costs $35, representing a major price decrease from its original $45 price tag, replacing the unit's 1GB model as the baseline Raspberry Pi 4. In addition to that, firmware fixes and other software changes have lowered the unit's idle and load power consumption, allowing the unit to maintain its peak clock speeds for longer, delivering enhanced performance levels in high-end applications.

Now, the Raspberry Pi Foundation is proud to announce the Raspberry pi 4's new 8GB variant, a new model which deliver 2x as much RAM as their previous high-end variant. This new model also features a revised board design which can handle the additional current requirements of high capacity LPDDR4 DRAM. This new unit is available starting today for $75.

This new model is only possible thanks to Micron's release of 8GB LPDDR4 packages which meet the requirements of the Raspberry Pi 4. The Raspberry Pi Foundation has also noted that a 16GB versions possible with the right DRAM chips, thanks to the Raspberry Pi's BCM2711 chip supporting up to 16GB of addressable LPDDR4 SDRAM.

Images of the Raspberry Pi OS are available to download here. This page will be updated with 64-bit downloads when that version of the OS exits beta. 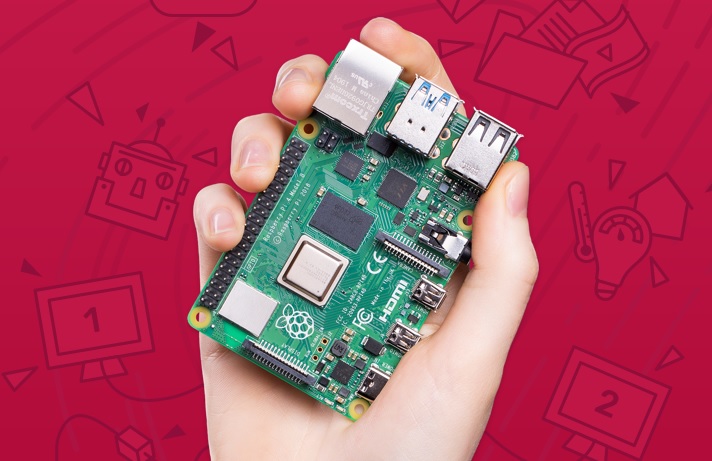 You can join the discussion on the Raspberry Pi 4's new 8GB version on the OC3D Forums.

looz
The Pi 4 is awesome for home tinkering, you can run docker and as long as the software you're trying to run compiles on arm64, containerising them is relatively painless.Quote

Mr. Smith
This looks pretty cool. Which OS is it capable of running? Any popular distros?Quote

looz
Quote:
Well, the rebranded Raspberry Pi OS is debian based. There's plenty of choice in ARM based Linux distros, Arch Linux Arm is pretty neat as well. And installing it is a breeze compared to desktop Arch!


Largest limiting factor is the ARM architecture and iirc proprietary GPU. Raspbian(Or now Raspberry Pi OS) does supply a good driver for it, but might be complicated to set it up on alternatives - haven't looked into it.Quote
Reply