When the Nintendo Switch was announced there were a lot of unanswered questions, with the console/handheld hybrid coming with unclear specifications.
Now trusted Nintendo insiders have leaked some of the internal specifications of Nintendo's latest console, confirming previous reports that the device would use a 6.2-inch 720p multi-touch display and come with 4GB of RAM.
We already know that this device will use a Nvidia made SoC, using an ARM CPU and a GPU that will likely use the Nvidia Pascal GPU architecture. This means that the Nintendo Switch's internal hardware will have a lot more in common with Nvidia's Shield Tablet and mobile phones than the PS4/Xbox One and PC.
It is also suggested that the NX will have 32GB of internal storage, though this will likely be expandable using microSD or a similar storage standard. 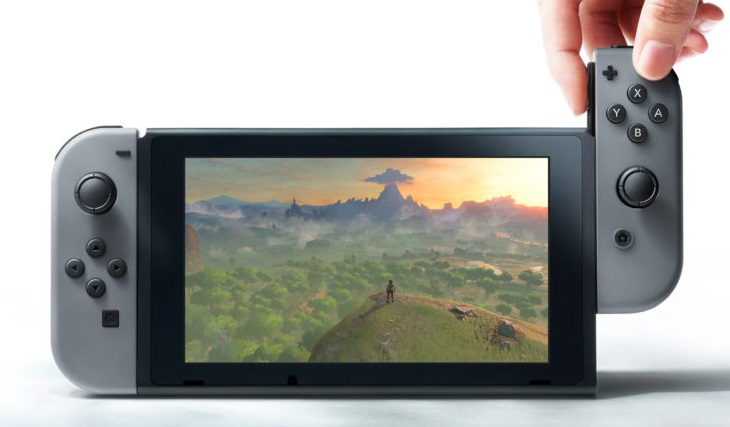 The Nintendo NX is designed to be a more affordable portable offering, though it is worth noting that this console has significantly less RAM than the PS4 or Xbox One. That being said if the NX uses a more lightweight OS and runs games at lower resolutions this reduction in RAM capacity should not be that much of a restriction to developers.

You can join the discussion on the Nintendo NX's rumored specification on the OC3D Forums.

steverebo
Nice innovation by nintendo but its doomed to fail. Did they not learn with what happened to the ps vita and nvidia shield. People just dont do hand held consoles anymore or dedicated gaming tablets since smart phobes have got so powerfullQuote

WYP
Quote:
720p isn't bad for a handheld and allows the GPU to be pushed further i guess.

Perhaps it is designed to run at higher clocks when connected to a TV, allowing higher resolution gameplay? TBH everything is pretty unknown right now in that regard.

I don't really care about the consoles resolution so long as it provides a good framerate experience. Say what you will about the Wii U, but every game I own on it runs at a steady 60FPS under almost all circumstances.Quote

AlienALX
It's not a handheld though is it? it's a both hands hold huge tablet.

I've said it a few times but basically I already have a 7" tablet with a controller that I carry around when we go on holidays. It needs a case, a case for the controls, a case for the batteries and charger etc. It's a pain, basically. This is too big to fit in your pocket or be properly portable like the older Nintendo handhelds.

What made Nintendo successful was getting it right. I remember when the Gameboy came out. Oh how I laughed, given I had an Atari Lynx. However, I soon ditched my colour display and stereo sound etc for prolonged battery life and ease of carrying.

I just think this thing has fail written all over it. I mean, it's assuming you carry a bag with you everywhere you go. Otherwise how are you supposed to carry it? And if it's a console it's woefully under specced too. Jack of all trades, master of none comes to mind.Quote

Kushiro
Yeah very much doubt the GPU would be able to drive 1080p properly.


Also ~7inchs inst exactly considered big for a tablet. If anything its on the very small side.Quote
Reply