The Commodore 64 is getting a retro-mini remake

Would you like to replay the Commodore's gaming classics?

The Commodore 64 is getting a retro-mini remake

Retro Games Ltd, a UK based company, is creating a miniaturised version of the Commodore 64, reimagining the classic 80's PC in a smaller form factor while maintaining the devices programming capabilities.

This new console will be distributed via Koch Media globally in early 2018, with the console shipping with 64 licensed games a classic joystick and support for standard USB keyboards.

The C64 Mini will release in the UK with s standard retail price of £69.99, $69.99 in the US and €79.99 in the EU. The included joystick will come with a 1.5 meter USB cable and a 1.2m USB power cable and a 1.2m HDMI cable. The device will also support software/firmware updates (via USB flash drive) and pixel filter options such as pixel perfect, CRT and scanline emulation.

35 years later and it’s back. THEC64 Mini plugs into any modern TV via its HDMI port and gamers can play any one of the 64 licensed classic pre-installed games.

This includes games from original legendary developers such as Epyx, Gremlin Graphics, Hewson and The Bitmap Brothers; and boasting titles such as California Games, Speedball 2: Brutal Deluxe, Paradroid and Impossible Mission. Most of these were rated over 90% by leading publications of the day, with many winning coveted awards.

From sports to shooters, platformers to puzzlers, there’s a plethora of titles to keep the most discerning retro enthusiast happy.

The C64 mini will release with the following games out of the box. At this time it is unknown whether or not more games can be added to this classic console emulator.

2-player games are supported with an additional joystick. 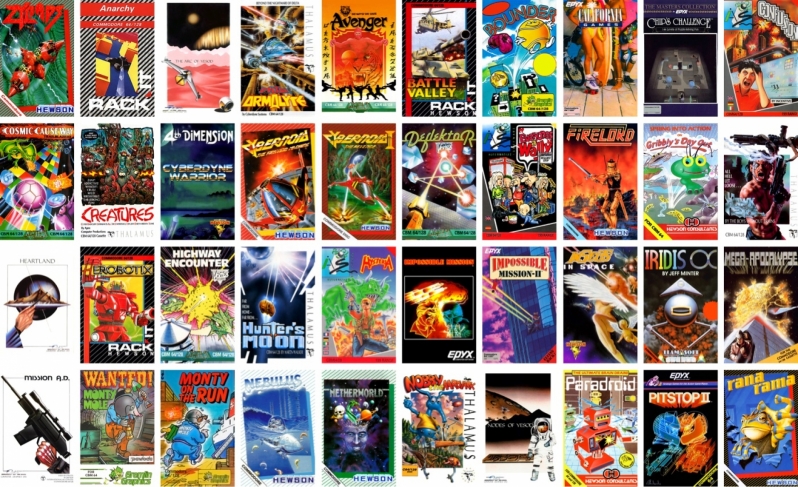 You can join the discussion on the Commodore 64's Mini Console remake on the OC3D Forums.

AlienALX
Man I want one of these. I never had a C64 there was just no way my mum could afford it. Any way, after being ran over when I was 7 years old (bad, was hospitalised for 3 months, then nearly a year in physio) my mother became a little over protective. TBH? she still is today but I can't blame her I nearly died.

Any way what does that have to do with the C64? well, when I was about 11 or 12 I had a talk with my mum and said she needed to let me live my life more. As such we agreed that I was allowed to get on the bus and travel to the computer shop about 5 miles away, would buy a game, then return home on the bus.

So every Saturday morning I would get on the bus and take the trip, then spend a couple of hours browsing through the games and new releases, would then buy a game with my pocket money and return home to play it all weekend.

Any way, this shop (I can't remember the name of it now) had a C64 set up with a monitor. And every weekend they would leave it running Impossible Mission. I would stand there for ages waiting for it to speak.. "Kill him, my robots !" and so on. My jaw would hit the deck, and I longed for a C64. Sadly it never happened, so I would love to buy this and make my childhood dream come true.

I always hated how Speccy games would have screenshots of the C64 on the back. That s**t was like being taunted and punished every time I bought a bloody game

Thing is, through all of that it was still the basic Mastertronic games that got the most play time in my house. I remember a game called "Election Day" where you basically had to rally to be the prime minister lol. Me and my bro would lay on the living room floor for hours playing that

Tolemac
The very 1st program I ever heard human speech was on the C64 and the game was Ghostbusters. It would have been very late 80's I think lolQuote

AlienALX
Quote:
The spectrum version had speech. It was bloody awful though. Literally sounded like some one with a mouthful of cornflakes.Quote

Bartacus
Ahhh the old C64. How I loved it so. I grew up on Commodores. Still, this retro phase is rather sad IMO. Companies recycling old garbage for profit, and people are eating it up, waiting in line for hours to buy a SNES remake of a decades old console. That really rubs me the wrong way for some reason, even though I have many fond memories of the VIC-20 and C64. And the Amiga to a smaller extent. One thing I remember about the C64 was the sound. INCREDIBLE audio quality for the time.Quote

mb67
The C64 was the upgrade version of the Vic-20, which is the one I had back in '81. Good times learning how to program in BASIC.