Long time readers will recall the first Bengal Rig that I had. It was based around a Z68 Motherboard, a 5GHz i7-2600K, RAID 0 Corsair 240GB SSDs and a Zotac GTX590. All of which was fully watercooled and housed in a Cooler Master 840. A pretty cool setup for its time but whilst it might have rocked hard when it came to usage, there were a few issues that always niggled. For a start the courier treated it very poorly and so the chassis was bent, the reservoir cracked, it generally went like stink but looked pretty ropey.

There is an expression amongst guitarists called GAS - Guitar Acquisition Syndrome - where no matter how amazing the stuff you already own is, it's difficult to not see new and exciting things and want them very much. Equally those of us who are fortunate enough, like myself, to review all the latest PC hardware find lots of it extremely desirable. So when you combine the fact that I am a guitarist, do review all the latest hardware, and was never fully happy with my old rig, it will surprise none of you to know that it was time for an upgrade.

Perhaps the biggest change between the time of my first Bengal Rig and collecting parts for this new version is how amazing modern coolers have become. Here at OC3D we've often said that you can get just as quiet with air cooling as you can with a big radiator and tons of Tygon, but with a lot less expense and a lot less hassle. As someone who lives by the limits of tight purse strings and a desire for a silent system it's time to put my money where my mouth is and so my Bengal Rig v2 will be all air apart from a AIO CPU cooler. After all, we want enough overheads for overclocking don't we.

Enter the NZXT Switch 810. A case that has rightfully won an array of awards, including here in the OC3D bunker, for its flexibility, great 'no frills' looks, and plenty of cooling capacity. It also allows for some serious vinyl acreage. 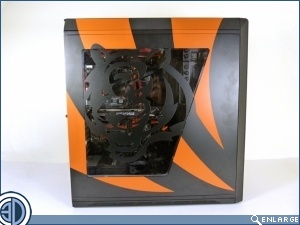 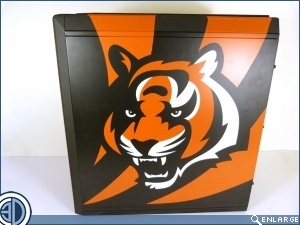 It might be a running joke about my love for the combination of black and orange - the colours of the Cincinnati Bengals, fact fans - but you'd have to be a pretty beige person to not appreciate the eye-popping contrast and attention grabbing looks. There is plenty of space in the roof for a triple radiator, but as this system is based around the extremely efficient Core i7-4790K, a dual rad is enough. In my case I went for the Cooler Master Nepton 280L. The Switch 810 supports 140mm fan mounting as well as 120mm, but either it or the Nepton didn't quite want to play ball and line up everything. That's okay I don't mind screws in various holes as long as it's installed solidly, and underneath the Switch 810s cover you'll never see them anyway. 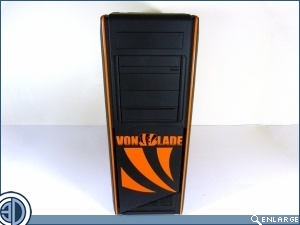 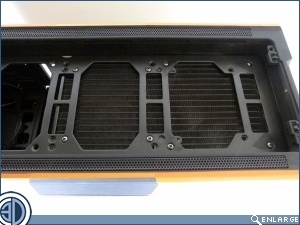 Whenever you're getting your rig up and running you start with it just working, to make sure everything is how it should be. Anyone who has ever cabled up their system in a Tom level of neatness only to discover they need to shift hardware or fans around will know how annoying that can be, so it might not be the prettiest insides in this shot, but then I haven't finished with it yet. Even as I type there is still a list of adjustments and extra gaudy bits to add.

For now though the specification consisted of a Cooler Master Nepton 280L, cooling an Intel i7-4790K. The heart of the system is the only black and orange choice around, but fortunately an excellent one, the Gigabyte Z97X SOC. With 16GB of Kingston 2400MHz RAM, the Gigabyte GTX980 G1.Gaming Windforce and a selection of drives I've cannibalised out of the first Bengal Rig. 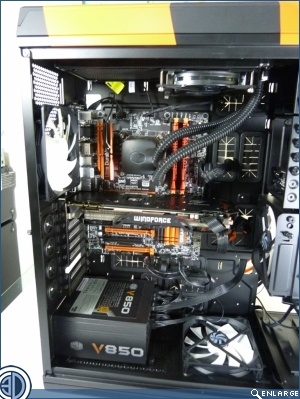 First Run performance is roughly as you'd expect from such a collection of hardware. Checking against the best results from the OC3D Bench System our GTX980 highlight is the ASUS Strix which scored 51946/33126, so my 56580/31982 at stock is a good starting point. 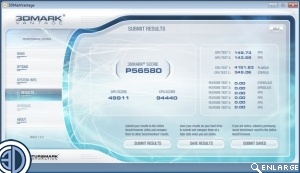 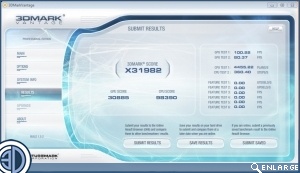 The concept of having an all-air system that is quiet though wasn't quite the success I'd hoped. By any stretch. Holy smokes this thing was loud. So the first change had to be fans, which I'll show you on the next page.

Dark NighT
That looks pretty good, my eagle eye did notice the 8pin cpu power not being completely in there.Quote

I dont think VB is 100% finished with this though, we were talking on the phone last night about lighting and what was making my OCD senses go nuts!

Im trying to convince him to set up a home server and have his main rig all empty and clean of mechanicals... Ive got a problem I know it - think I need a support group!Quote

Feronix
Quote:
"Hello my name is Tom and I am addicted to clean computers"

Wraith
Quote:
I have to agree though, if it ain't dust, it's cables and my poor toothies start to itch. Loving this build though and those Corsair fans are the dogs danglies