The new version runs a little hotter, but that's the cost of lower noise levels

Sony's PS4 Pro is one of the most powerful consoles on the market, sitting behind the Xbox One X while offering higher levels of graphical fidelity, and sometimes higher framerates, than today's basic consoles like the PS4 and Xbox One S.

This level of performance in a small, console-grade form factor comes at a cost, as while many games look gorgeous on the platform, it comes at the cost of high noise levels. You only need to play the console's heavy hitters like Spider-Man, Horizon: Zero Dawn or Detroit: Beyond Human to hear the console fans become noticeably loud.

With the release of the PS4 Pro/Red Dead Redemption bundle, Sony has released a new revision of the PS4 Pro called the "CUH-7200", which according to the diligent analysis of Digital Foundry, offers significantly lower noise levels under load while delivering the same power draw as Sony's original model.

When compared to a launch-day PS4 Pro, Sony's latest model is around 6-7dB quieter, making the console a lot more difficult to notice when immersed in the platform latest games. It is worth noting that these lower noise levels come at a cost, as the CUH-7200 model of the PS4 Pro runs hotter, though it seems like Sony is happy with the console's new operating temperature. 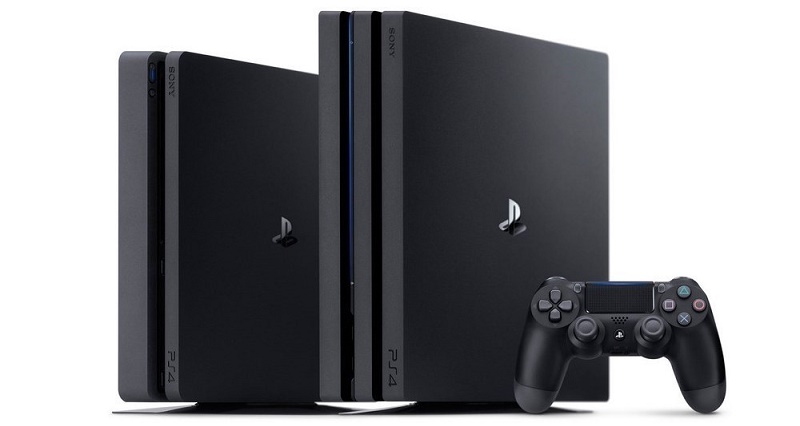 Right now, the new PS4 Pro is only available with the console's Red Dead Redemption 2 bundle, though it is expected to become available as a standalone unit, or as part of other bundles, in the near future, especially after stock gets cleared after this month's Black Friday sales and after other seasonal events.

You can join the discussion on Sony's quieter PS4 Pro revision on the OC3D Forums.

NeverBackDown
As an owner of the original Pro model I would gladly trade running temperatures for more quietness. It's not noticeable during games(using speakers) as it is currently but if you lose get distracted you'll definitely hear it. Kinda like you tune the noise out. Heck with no audio playing through headphones I can hear it loud and clear.. and they are closed headphones

Digikid
This is not a good idea. The Pro runs hot enough as it is....and currently it is NOT LOUD AT ALL.


At least my PS4 Pro doesn't. Heck even the much better and powerful Xbox One X that is sitting right beside it doesn't get that warm or loud.Quote

Darkdayzzz
Quote:
I think it all really depends on how far or close it is to you as the player and your hearing perception.

For me? My Xbox X is about... 5 feet away on my tv stand (I sit close as my eyesight sucks and even on my 50 inch tv it can be hard to see things if I am farther away) and I can hear the fans a little bit under load while playing Red Dead 2.

I move myself back to 10 or 11 feet away and I hear nothing from the system over the game noise from my soundbar setup. With headphones on? I hear absolutely none of it even if I am right next to it, because between the game sounds and party chat I don't have the mindset to think "Are the fans running high? I don't care! let me go shoot this bear!".

Not arguing or anything

simply stating it is all a matter of distance to the console.

Heck my old PS3 was the launch console and that fan is loud and I still don't hear that unless I'm within a couple feet of it yet my brother can hear it outside the room since his hearing is better then mine.Quote

tgrech
There were 2 PS4 Pro models before this one with the latter being quieter & hotter than the original but not as quiet and slightly warmer than this one, so you may have the rev 2 model Digikid.

Personally I found no console comes close to being as quiet as an Xbox One X (it would make our launch model PS4 sound like a jet liner and you'd have to re-adjust the TV volume to drown the fans out again if you wanted to use both in the same room after only using the X), though that's too be expected given its exotic cooling solution and relatively low power consumption for its specs. Our base OG Xbox One sat somewhere in between with the S coming in a little louder than the X.

But yeah, it mostly depends on your room & audio setup as to whether it's likely to be a pain.Quote

NeverBackDown
Quote:
After about a year all consoles get very loud this generation. Having had all of them and having my friends all tell me the same thing.Quote
Reply