Yes, this prototype does have a chroma RGB keyboard...

Razer's Project Linda turns the Razer Phone into a laptop

Razer has revealed Project Linda, a prototype device that can be used to convert the company's Razer Phone into a Laptop. While this idea is not new, it is undeniable that Razer has created an attractive package here, developing a system that follows their usual notebook designs closely.

With this prototype, Razer's phone becomes the laptop's trackpad, and the laptop's 13.3-inch screen becomes the primary display for the device. The dock will connect the phone to the dock using USB type-C, offering a satisfying clicking sound as the units merge. This model does not use a touchscreen, though Razer does state that they plan to add a touch-enabled display to a future prototype. 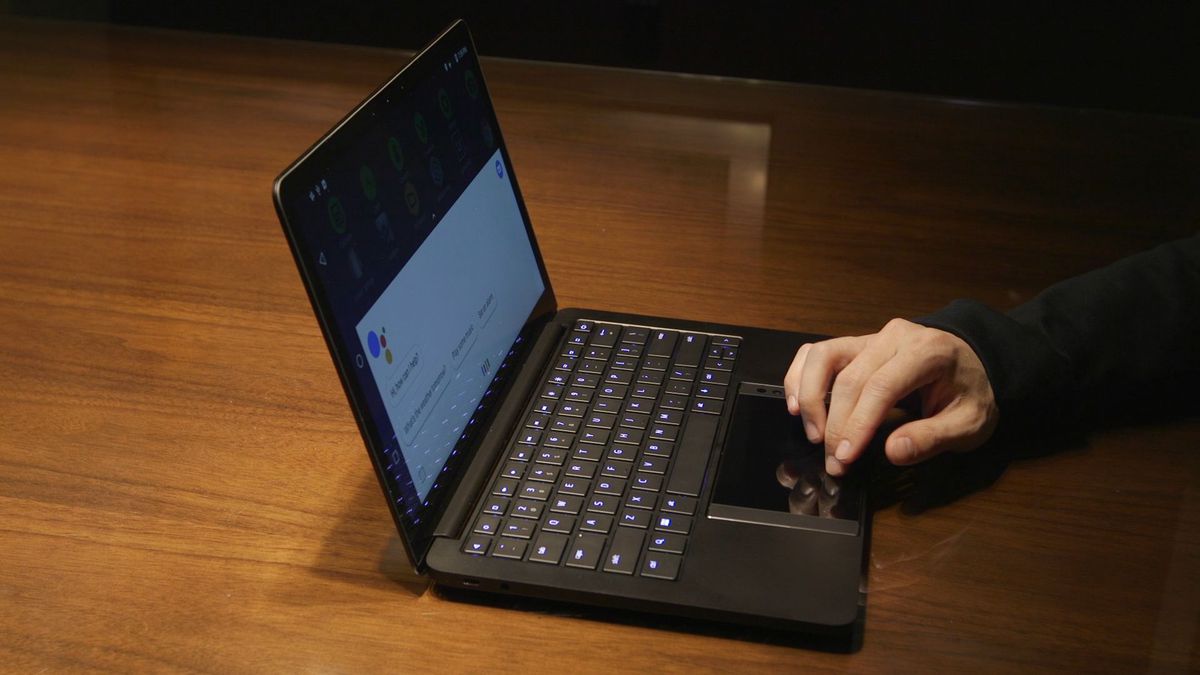 Users of this device will be created with a Chrome OS-like interface, with the system being usable with Bluetooth mice to enable a more PC-like experience. The unit also offers a Razer Chroma RGB keyboard, offering full RGB functionality and at this time it is unknown if the device contains a power source to extend its battery life.

At this time Razer has not committed to a commercial release of Project Linda, with the device's current implementation offering users a lot of annoying bugs and crashes. Like most Razer prototype's, Project Linda is an interesting idea, though it is unknown if we will ever see the device hit the market.

You can join the discussion on Razer's Project Linda on the OC3D Forums.

AlienALX
Waiting for the meat but great name

*Goes off to listen to Hue and Cry*Quote

Timo
Wish Mint, or Ubuntu, or Fedora, even a paid-for Red Hat would release phone OSs.Quote

02cfranklin
Quote:
You didn't see the failed Indiegogo campaign that Ubuntu did?