The Razer phone is back and stronger than ever

In the company's latest earnings report, Razer confirmed their plans to release a second generation model of their Razer Phone, hoping to build upon the success of their gaming smartphone.

The benchmark result is available to view here, revealing slightly higher single-core performance than its predecessor and a significant boost in multi-threaded performance.

If this score is legitimate, the Razer Phone 2 will offer the same amount of DRAM as its predecessor, 8GB, though at this time the handset's other specifications remain unclear. The original Razer phone provided users with a 5.7-inch 120Hz 1440p display, a 4,000 mAh battery and Dolby ATMOS support. 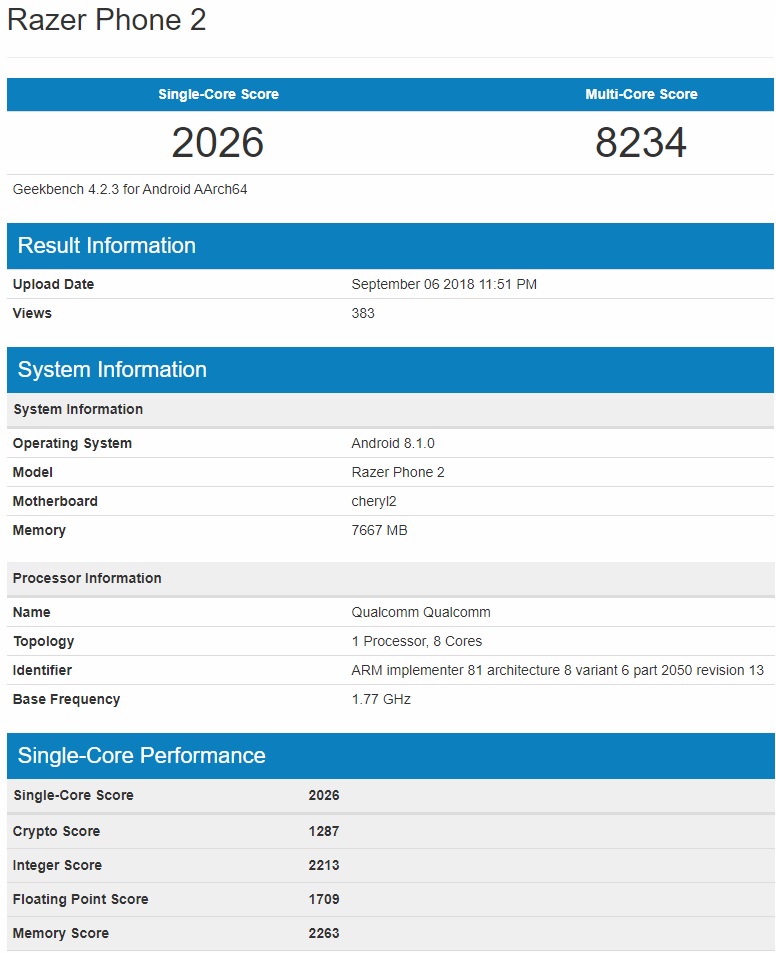 The Razer Phone 2 is expected to release later this year, though at this time specifics about the phone remain a mystery. Will the Razer Phone 2 be designed with Razer's Project Linda concept in mind? Will Razer follow ASUS and create a range of accessories to compete with the ROG Phone?

You can join the discussion on the Razer Phone 2 appearing on Geekbench on the OC3D Forums.