RAGE 2 will be playable on this Dreamcast

This Dreamcast, not any Dreamcast

RAGE 2 will be playable on this Dreamcast

Bethesda's official RAGE 2 Twitter account released a surprising image this week, showcasing their latest game running on a SEGA Dreamcast. Well, maybe "on a Dreamcast" is overselling it a bit... Perhaps "within a Dreamcast" is more accurate.

Yes, Bethesda has created a gaming PC within the shell of SEGA's long-obsolete Dreamcast console, and if you live in the US, you may be lucky enough to win it. All you have to do is follow the RAGE 2 Twitter account and retweet this tweet for a chance to win. Entrants must be from the US.

I know what you are thinking. How did they fit a PC into a Dreamcast shell? Well, this wouldn't be the first time that a PC modder had retrofitted SEGA's last console with modern PC parts, but it is worth noting that the system is only large enough to fit a MITX motherboard inside.

Our guess is that an AMD Ryzen APU powers this system, likely a Ryzen 3 2200G or a Ryzen 5 2400G, and Bethesda's $590 valuation of this system supports this hypothesis. Strangely, this would mean that this RAGE 2 themed custom PC would sit below RAGE 2's official PC system requirements, which were released earlier today. 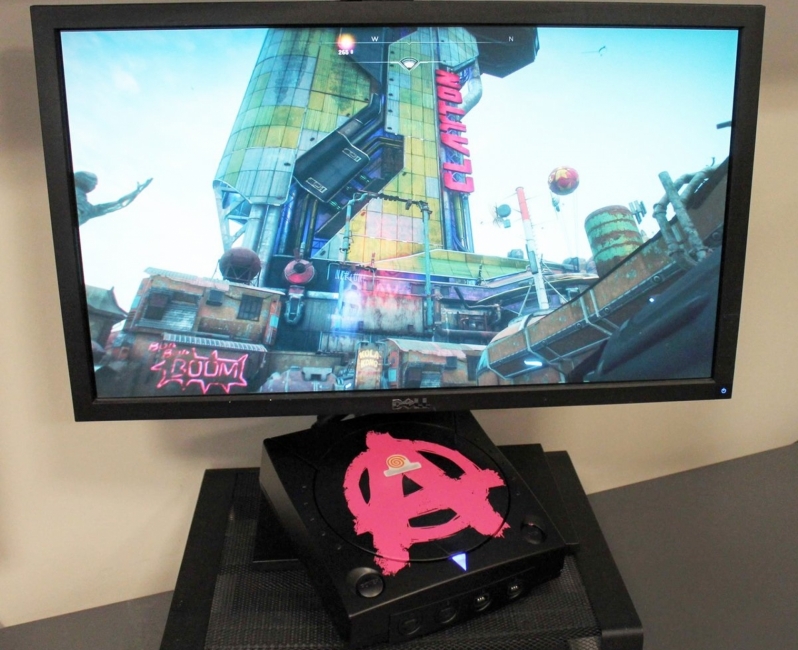 RAGE 2 will release on May 14th on PC, Xbox One and PlayStation 4. The PC version of the game will be available on both Steam and through Bethesda's standalone game launcher.

You can join the discussion Bethesda's Custom RAGE 2 PC/Dreamcast on the OC3D Forums.