Introducing our the LE-X01 and the LE-X02, PC Specialist’s first Limited Edition systems.

All Limited Edition PCs are hand-crafted by our expert technicians, using nothing but the best in class components in each category for the ultimate 4K & VR experience.

Inspired by In-Win’s 25th Anniversary chassis, the H-Frame 2.0 & 805 Infinity, the LE-X01 and the LE-X02 deliver unrivalled performance with the aesthetics to match.

The first of these two systems is the LE-X01, coming with an overclocked Intel i7 6950X 10-core processor, which is powered by an InWin SII-1065W PSU and an ASUS Rampage V Edition 10 motherboard. On the GPU-side this system will use two GTX 1080 Ti GPUs, with the whole system coming with liquid cooling and orange LED illumination.

This system uses Orange Mayhems coolant and uses a custom EK monoblock to water cool all of the motherboard's important components.

For storage this system will use a 2TB Samsung 960 Pro SSD for primary storage and dual 2TB Samsung 850 Evo SSDs for secondary storage, ensuring that users will achieve insanely fast load times for all of their content. 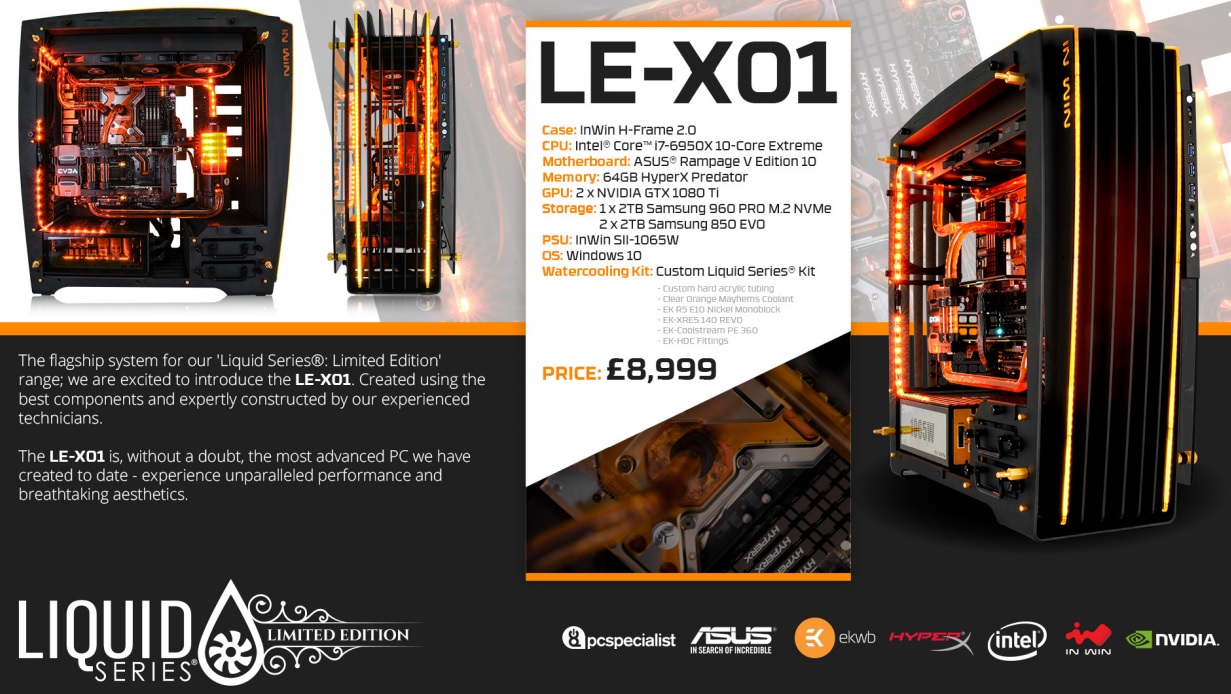 The second PC here is the LE-X02, which uses InWin's 805 Infinity Chassis and makes great use of ASUS Aura controlled RGB illumination, using an ASUS Strix X99 motherboard to control the system's colour.

This system will contain a single GTX 1080 Ti and an overclocked i7 6900K, both os which will be custom water cooled. Like the LE-01 this system will use all-SSD storage, with a single Samsung 1TB NVMe SSD and two 2TB 850 Evo SSDs for secondary storage.

The LE-X02 will be powered by Corsair's RMx 850 PSU, which will be more than adequate to allow this system to accommodate a second GTX 1080 GPU is required. 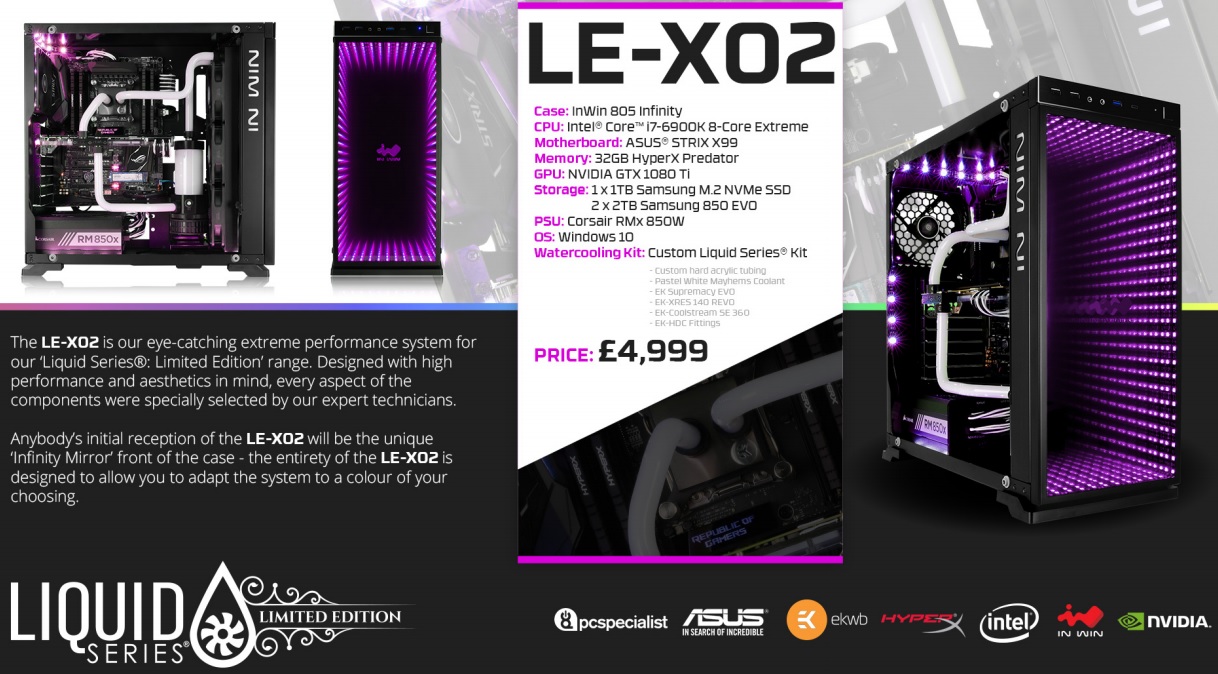 Both of these new systems are now available to view on PC Specialist's website here.

You can join the discussion on PC Specialist's LE series of limited edition systems on the OC3D Forums.

TheF34RChannel
Nicely built! Wish I had a full loop but:

- too expensive for the longevity of the GPU (at least)
- I don't dare to do it myself, I admit

I'd have someone do it for me.Quote