The Commodore 64 sold between 17 million and 30 million units

Eben Upton, the co-founder of the Raspberry Pi Foundation and CEO of Raspberry Pi (Trading) Ltd, has confirmed that over 30 million Raspberry Pi units have been sold. This milestone was passed in early December.

To put things into perspective, the Commodore 64, reportedly sold over 12.5 million units, which is only a fraction of Raspberry Pi sales. That said, the Raspberry Pi has had several iterations since its initial release in 2012. For its cost, the Raspberry Pi remains as one of the most capable budget computing devices on the market, with the latest model offering up to 4GB of DRAM and support for Wi-Fi 5, Dual 4K monitors and more.

As it stands, the Raspberry Pi is the most popular British PC on the market, with prices as low as £5 with the Raspberry Pi Zero. The Raspberry Pi's low pricing and versatility makes the series incredibly popular amongst hobbyists and developers alike. PC gamers can even use it to create a custom Steam Link replacement, or as an emulation box for classic console games. 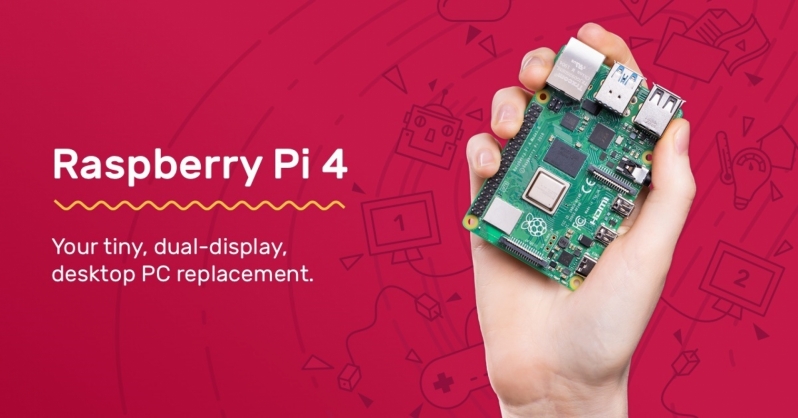 As the Raspberry Pi's design continues to evolve, the series' sales number will only continue to grow, as every new iteration of the series has delivered consumers better value, increased performance and new features. We look forward to seeing the Raspberry Pi's success grow in 2020 and beyond.

You can join the discussion on over 30 million Raspberry Pi computers selling worldwide on the OC3D Forums.

NeverBackDown
Always wanted to mess around with one. Wanted to create my own router with VPN onboard processing but requires a lot of work and effort... Never had time to get more into it.Quote

dazbobaby
Quote:
Try https://dietpi.com/ it's preloaded with lot's of useful apps. It also works on a multitude of hardware including x86Quote

NeverBackDown
Quote:
Problem mainly was lack of software support for AES-256 encryption/decryption, making it have much lower bandwidth throughput. That's the reason I stopped looking into it. But thanks for the link. Really neatQuote
Reply