One of the biggest obstacles between VR and mainstream adoption has always been pricing, with headsets coming with pricing that was too high for most PC gamers and high-end system requirements that required an expensive PC as well as an expensive headset.
Now thanks to the Oculus "Summer of Rift" the company's Rift VR headset and Touch motion controllers have received a steep discount, allowing both to be purchased just £399, a £200 discount. This promotion will be available for six weeks, giving system builders a great opportunity to create affordable Oculus Rift/PC bundles.
Overclockers UK has now revealed their £999 Optic Special Edition Oculus Rift VR bundle PC, which offers the performance of an Intel Kaby Lake i5 and a GTX 1060 6GB GPU. Below are the specifications of Overclockers UK's new PC Rift Bundle. 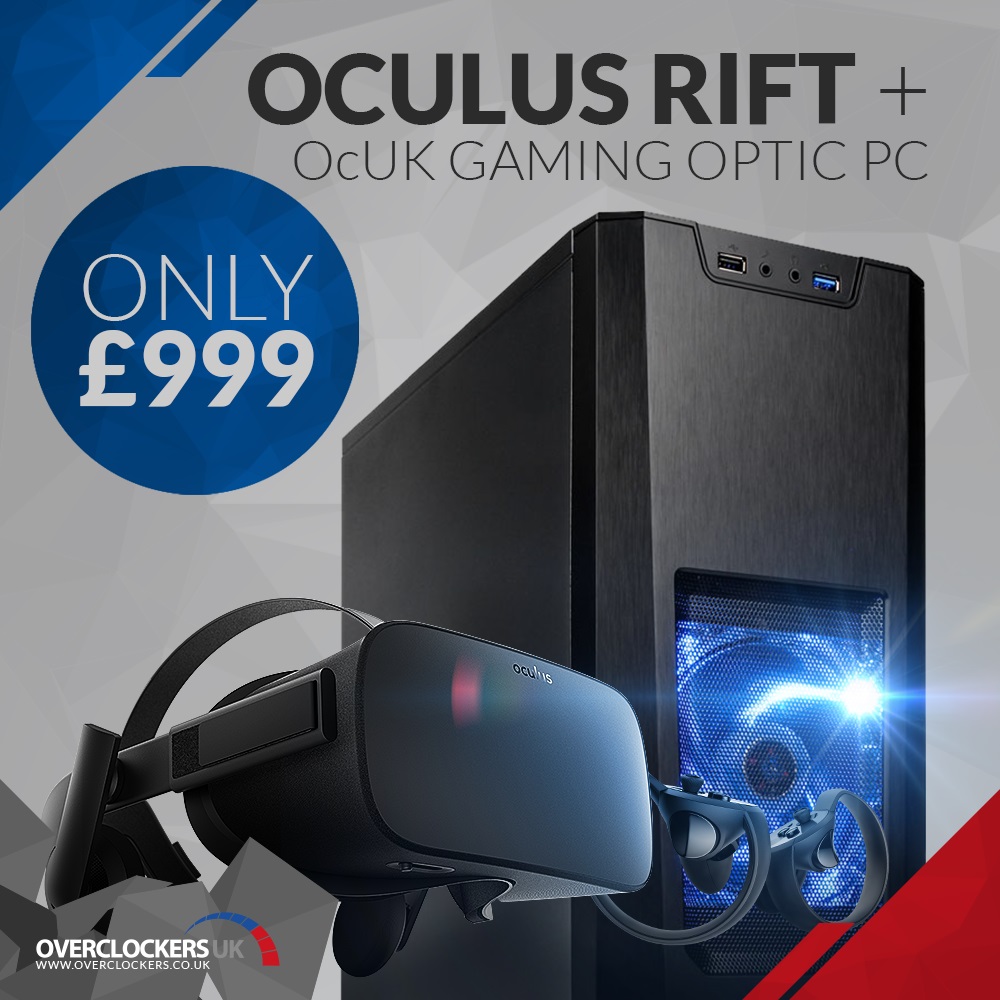 This new bundle offers a lot of gaming performance for the money, though some sacrificed had to be made to make this system £999, like the lack of an SSD. Even so, this system does offer a lot of value, especially given the increased pricing of mid-range GPUs in recent months.

You can join the discussion on Overclockers UK's £999 Optic PC Oculus Rift Bundle on the OC3D Forums.