With the release of Nintendo's 5.0 software update for their Switch console, several users of the console have reported issues, that range from a temporary loss of console functionality to a permanent "bricking" of the console when using a 3rd party docking solution.

Since this bug came to light, Nintendo has stated that some 3rd party docking systems, which are used to connect the console to a television, do not use a 56 OHM resistor and are prone to damaging their console. Nintendo sells replacement docks for around $90, giving 3rd party manufacturers the opportunity to create cheaper versions which are smaller and therefore easier to transport.

One of the affected manufacturers in this Nintendo Switch 3rd party dock kerfuffle is Nyko, with disgruntled Switch user, Michael Skiathitis, filing a class-action lawsuit against the company in the US district court of California. The suit alleges that Nyko has not gone far enough to disclose the bug to affected consumers and that consumers could potentially damage their systems by using their product, which Nyko has marketed as supporting Nintendo's console.

Below is a comment from Michael Skiathitis lawsuit against Nyko.

unbeknownst to consumers, the Nyko Portable Docking Kits for Nintendo Switch are prone to causing numerous problems to the devices that they are intended to support.

In a statement to Kotaku, Nyko has said that they are "aware of the issue ", with 3rd part docks from FastSnail and Insignia also being affected by similar problems. Nyko has also conducted internal testing on the issue and says that "we believe it is related to the way the Switch handles AV output for an external TV/monitor while the console is docked on the Portable Docking Kit." 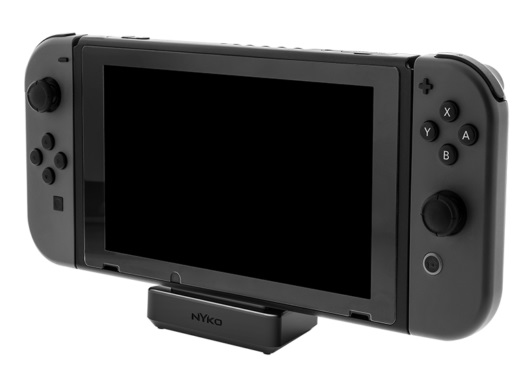 Nintendo's stance on the issue is that consumers should purchase officially supported accessories for their Switch console, though it is undeniable that these products functioned as intended with Nintendo's console before update 5.0 landed. This fact has fueled rumours that Nintendo released the update on purpose to push more customers towards higher-cost first-party docking solutions, though it is unlikely that Nintendo would intentionally brick their consoles.

A major factor for this lawsuit will be whether or not Nyko knew about the specifications of Nintendo's official Switch docks before the release of their 3rd party version, which seems likely, as this would prove that they intentionally created a sub-spec product. Even then it is hard to know how this lawsuit will go.

You can join the discussion on Nyko getting hit with a class-action lawsuit over their 3rd party Nintendo Switch dock woes on the OC3D Forums.

Greenback
/tinfoil hat on
Going to say it seems a bit iffy that they worked fine untill the update and then Nintendo even know why it happened, makes you wonder if they deliberately stressed the resistor

demonking
Didn't apple do something similar with third party screen repairs? They worked fine until apple updated their software and bricked a load of phones and ipads?Quote

hmmblah
It's not Nintendo intentionally blocking these docks. Nyko is cheaping out and not putting a required resistor in the dock. The lack of the resistor is causing the damage to the console.

Nintendo is absolutely crazy on their 1st party dock though. All the switch accessories are grossly overpriced.Quote

Kleptobot
yeah, i was trying to find the USB-C charging circuit schematics so i could see exactly which resistor Nintendo was referring too.

Seems kind of odd that Nyko would leave out a resistor, when most surface mounts cost fractions of a cent for individual resistors. I'm leaning more towards someone hasn't followed the standard properly.Quote

demonking
And this pops up just after. Coincidence?
https://www.eurogamer.net/articles/2018-05-10-nintendo-is-finally-releasing-an-official-switch-charging-standQuote
Reply