Nintendo of Europe has confirmed that the company will be producing and selling new NES Classic consoles in the summer of 2018 as well as plans to continue support for their SNES Classic console in 2018.
As many of you should remember, the NES Classic was a huge hit when it was released last year, selling out in most stores as soon as they became available for purchase. Even today the console sells for over 2 times its MSRP, thanks to the fact that Nintendo never produced this console in adequate quantities, even after its popularity was discovered.
This is great news for fans of Nintendo's classic mini console designs, as it means that more devices will be hitting retail and selling for Nintendo's intended pricepoints. 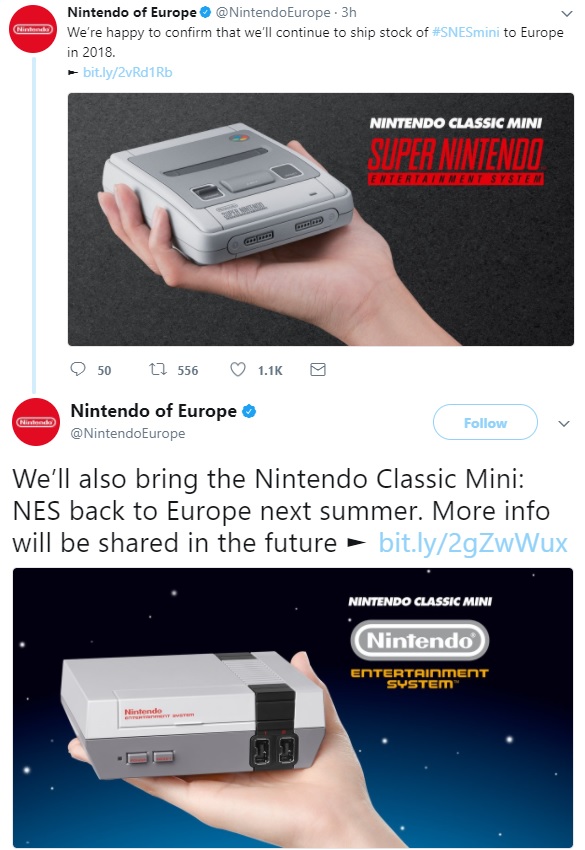 You can join the discussion on Nintendo's NES Classic hitting retail again in Summer 2018 on the OC3D Forums.

Nintendo has announced that the company will be re-releasing its NES Classic Mini console in the summer of 2018. https://t.co/RDwKG7CXOL pic.twitter.com/HiDBgAmihb

hmmblah
Good, hopefully I can get one. I've also read they plan to re-release the NES Classic in 2018.Quote

Robi_G
Not fussed about the NES Classic, but the SNES comes with 2 controllers so that's me sold.Quote