Nintendo's NES Mini will return to store shelves next month

Both the NES and SNES mini will be available throughout 2018

Nintendo's NES Mini will return to store shelves next month

Nintendo has confirmed that their NES Classic console will be returning to retailers on June 29th in both the US and European markets, with plans to ship new NES and SNES Classic Mini consoles until the end of the years.

Since its launch, the NES Classic has been in high demand, so much so that the classic console has often sold for over 2x its original retail price of $59.99 websites like eBay or through Amazon resellers.

The NES Classic sold over 1.5 million units before March 2017, shortly before the console was discontinued to shift focus to SNES mini production. The console shipped with 30 classic games like Super Mario Bros, Metroid, The Legend of Zelda and Pac-Man, with the console's re-released iteration being expected to ship with the same bundled games and internal hardware configuration.

While it is possible that Nintendo will re-release the console with some software improvements or ease of use improvements like longer controller cables, such changes seem unlikely as it would prevent any potential confusion. 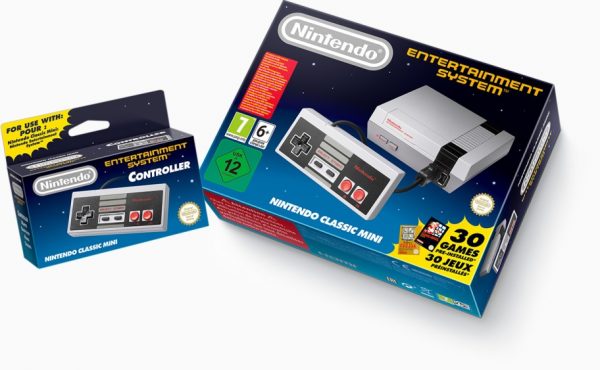 Nintendo's NES Classic will become available on June 29th, so remember to save the date if you want to pick up one of these devices early.

You can join the discussion on Nintendo's NES Mini returning to retail shelves next month on the OC3D Forums.

Just wish they'd restock the final wave of Smash amiibo so I can get Cloud and Corrin, one wave is taking the mickQuote
Reply