This is not a Switch Pro

It's finally here, Nintendo's long-rumoured improved Switch console, a new model of the company's existing home/handheld hybrid console. Sadly, this isn't the "Switch Pro" that many sites have reported on, but a refresh of Nintendo's original model, offering users a longer battery life, and little else.

So what has changed? Rumour has it that this new console features the same battery and basic specifications as Nintendo's original Switch. The only major change with thei revised console is in the SOC that used to power it, which has seemingly been shrunk to a newer manufacturing node, reducing the chip's power draw and heat output.

Nintendo has likely shrunk Nvidia's Tegra X1 chip, which powers the console, from 20nm to 16nm, creating a smaller overall chip which consumes significantly less power than before. This is why Nintendo's new Switch will be able to run for 4.5-9 hours without charging, which is almost 2x longer than the original Switch's 2.5-5.5 hour battery life.

It has been confirmed that this new long battery version of Nintendo's Switch console will release in August in Japan and in September in the UK, but availability will vary between individual retailers. 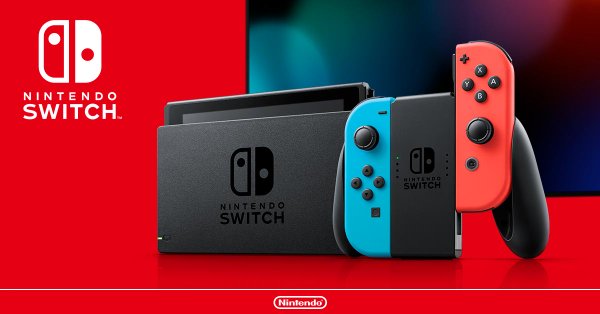 This new model is set to be a "silent upgrade" for Nintendo's console lineup, a new hardware revision which was not intended to gain much press coverage or consumer attention. Both old and new Switch models will likely be sold side-by-side for a time, leaving consumers in a strange position.

The main question today is whether or not this new Switch console variant will ship with more or less performance than Nintendo's original console, as the Switch's SOC die shrink could be used to enable more performance within games. That said, this release is targetting a longer battery life for end-users, which means that this console is likely to be running at the same clock speeds as Nintendo's standard Switch models.

You can join the discussion on Nintendo's enhanced Switch console on the OC3D Forums.

NeverBackDown
They shouldn't make this a silent upgrade. Doubling battery life is definitely something they should announce. That's quite a feat from not even a large manufacturing change.Quote

tgrech
They likely don't want to alienate existing Switch customers. Whenever a new, better version of something comes out that takes advantage of newer tech, owners of the previous gen will often complain their product has been made obsolete(And then sometimes go out and buy the new one but still whinge about doing it) which unfortunately ends up as bad PR even though it's entirely logical to give new things new names. Marketing is a dark art where logic rarely makes much sense, but it might also imply they have an even more expensive model being lined up for later next year that they'd want existing Switch owners to throw their money at instead.

I don't think they'd make the "Pro" jump till they could make it output faux-4K(1440p or so) in docked mode or 1080p in handheld, so essentially when they can handle double the pixels within the same power envelope as the refresh Switch, which I guess would take 7nm, and given Nintendo's rate of uptake would probably mean a while till after 7nm has matured.Quote

Peace Đ
Sounds good! I expected a stronger version, like most people did, I guess.
Hopefully, the new SoC can be overclocked via Homebrew, that'd be awesome!
Also hopefully, the new version doesn't cost more