Nintendo wants to sell more than one console per household

Nintendo's handheld consoles have always been hugely popular, with the Switch's Handheld/Home console hybrid approach delivering a literal best of both worlds scenario for the company. Handheld consoles have always had a personal quality, making it common for more than one handheld to be owned per household, particularly amongst couples and siblings.

To better cater to this market, Nintendo has decided to create a handheld-only "2nd set" bundle for the Japanese market, allowing the Switch to be purchased without a dock, joy-con grip, an AC adapter or HDMI cable, offering purchasers a portable-only experience. This bundle is designed for those who already own a Switch console and its TV compatible dock, allowing buyers to save money while removing unneeded dock hardware.

Right now this bundle remains exclusive to Japan, though a western release seems likely, offering purchasers a 5,000 yen discount, which equates roughly to a £40 or $50 price reduction in the UK/US. The bundle is priced at 24,490 yen in Japan. 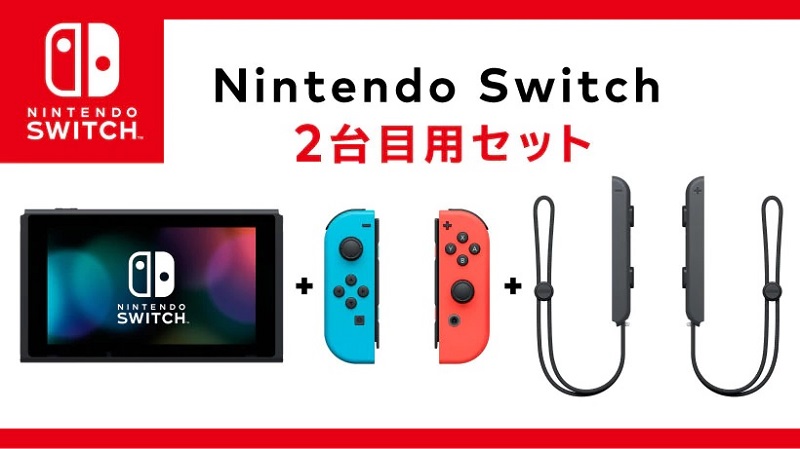 Plenty of Switch owners use the device exclusively as a handheld, making this bundle extremely appealing for those who want to use the console as a 3DS replacement instead of a home console.

Would you purchase a handheld-only Switch Bundle? You can join the discussion on Nintendo's handheld-only "2nd Set" Switch bundle on the OC3D Forums.

g0ggles1994
What I find daft is that it doesn't come with a charger just like the 3DS..

Well, it is Nintendo I supposeQuote

Kieguru
Fair enough, I would have bought that as I rarely dock my Switch, but no AC adapter? NINTENDO! YOU STILL NEED TO CHARGE THE B***ARD THING!Quote

WYP
Quote:
Well, it is USB Type-C, so the charging standard is pretty common. I do agree that the unit should ship with a charger though.Quote

g0ggles1994
Quote:
Aye, the main problem with charging a Switch is that the charger needs to be USB Power Delivery compliant and they aren't very common.

Standard cables charge it but do it hilariously slowly, so slow that during gameplay, the battery drain outruns the charger.Quote
Reply