If there is one thing that MSI are good it is the creation of themed notebooks, recently releasing their Ghost Recon themed Camo Squad GE62 notebook and now their new World of Tanks Edition GP62M notebook.
The GP62M is designed to offer users with respectable levels of gaming performance while also coming with low-TDP hardware to offer long battery lives, with Intel i7 CPUs and Nvidia GTX 1050 or 1050 Ti GPUs.
This new GP62M notebook also comes with a SteelSeries RGB notebook keyboard, up to 32GB of DDR4 DRAM and an NVMe SSD at stock. The GP62M World of Tanks Edition is easily capable of playing World of Tanks, with specifications that are far in excess of the game's PC system requirements. 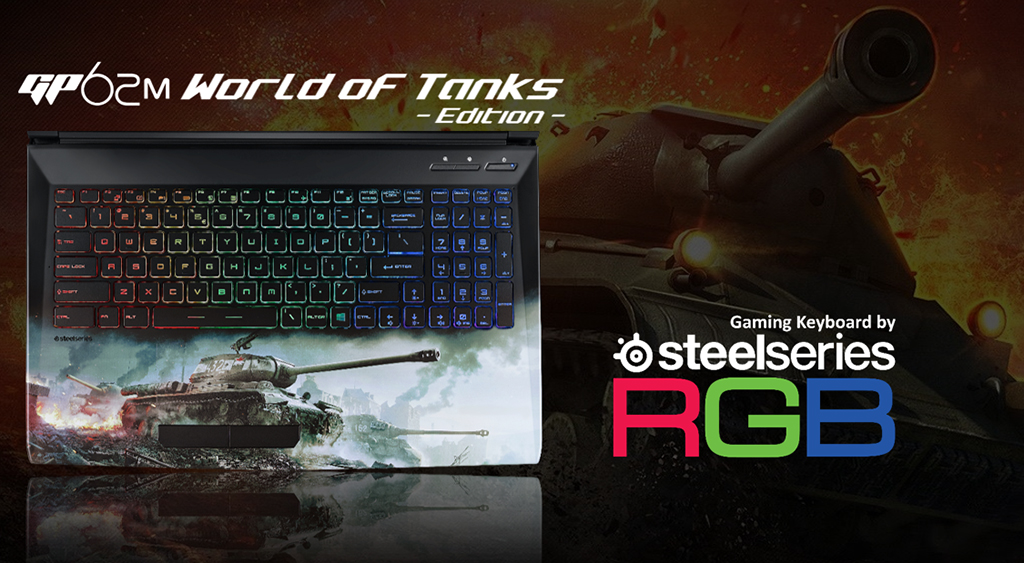 The MSI GP62M Gaming World of Tanks Edition Notebook comes with the following game content bundle, which should give any new or existing player a nice boost in experience. 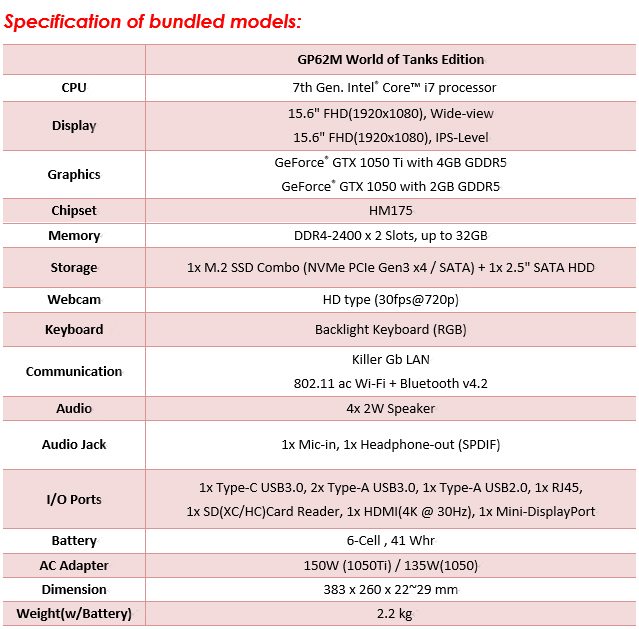 You can join the discussion on MSI's new World of Tanks Edition GP62M Gaming notebook on the OC3D Forums.

Surpuppa
Honestly, even if I were a big fan of WoT, I wouldnt buy this because it just looks terrible. I wouldnt want to be seen in public with this lolQuote

Korreborg
But think of a 12year old, who gets his first gaming laptop. Thats bling bling