This laptop has the same big battery design as the GS66 Stealth.

The race is on to release a notebook with a 300Hz IPS display, a gaming-oriented system that offers both the speed and power that high-end users demand. This is where MSI's GE66 Raider comes in.

MSI was proud to announce that its GE66 Raider is the "the first gaming laptop with 300Hz built-in", but we already know that both Acer and ASUS also have 1080p 300Hz IPS notebooks in the works. Even so, MSI is convinced that theirs will reach the market first. }

MSI has also been quick to point out the per-key RGB lighting on the Raider's Steelseries keyboard, and the notebook's front-facing RGB panoramic Aurora lighting system. This gives the GE66 Raider some extra flash, though at this time it is unknown how much these features impact the device's battery life.

When compared to the GE65 Raider, MSI has redesigned the unit's chassis to be thinner than its predecessors while also offering users a larger battery. The notebook is also likely to use MSI's new Cooler Boost Trinity+ cooling system, though MSI's press release doesn't mention it specifically.

Those who are looking for a little extra design flair may be glad to know that MSI has teamed up with Digital Artist Colie Wertz to design a limited edition version of MSI's GE66 Raider. This version gives the GE66 Raider an almost Apex Legends style aesthetic that's reminiscent of some of the ships seen in the latest Star Wars movies. This makes sense, as Wertz has worked on concept art and modelling for films like Star Wars Prequels, Transformers, Iron Man, Captain America: Civil War, RogueOne: A Star Wars Story, and Bumblebee.

More concrete information on pricing will become available closer to the GE66 Raider's launch, though we do know that MSI plans to release a model with 32GB of RAM. 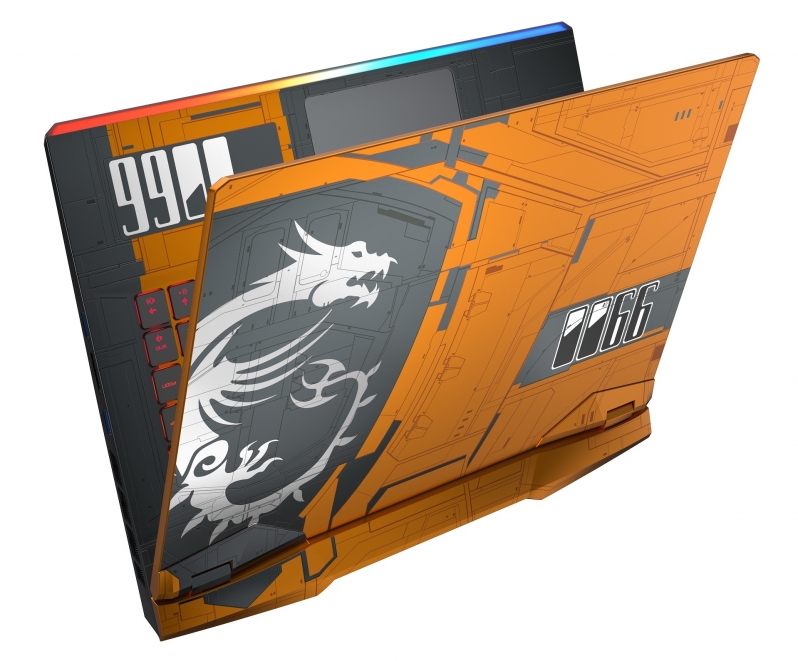 - MSI adds a second screen to its MEG381QCR and HMI options

You can join the discussion on MSI's plans to release a 300Hz IPS notebook with their GE66 Raider on the OC3D Forums.