Most gaming laptops are beastly machines, heavyweight units that can result in some cases weight up to 5kg, making many units uncomfortable to travel with, thanks to both size and weight considerations.

With the introduction of Nvidia's Max-Q graphics lineup, Nvidia has managed to enable OEMs to pack a huge amount of gaming performance into small enclosures, creating gaming notebooks that can occupy the "thin & light" device category while boasting insane levels of graphics performance.

During their CES keynote, Nvidia announced their Geforce RTX mobility lineup, refreshing their Max-Q line with RTX 2060, 2070 and 2080 graphics cards, boasting insane levels of GPU compute as well as compatibility with RTX technologies like ray tracing and DLSS. This has prompted device makers like MSI to develop gaming notebooks the likes of which we have never seen before.

Introducing the MSI GS75 and GS65 Stealth lineup of thin and light gaming systems, which offer 17.3-inch and 15.6-inch displays respectively. These notebooks don't just provide a GPU upgrade over their predecessors; they also deliver the best screen-to-body ratio that the company has ever offered on their stealth line, offering bezel sizes of 5.2mm. For the GS75 Stealth, MSI claims that their notebook is 60% smaller than normal gaming notebooks, owing thanks to the device's slim 18.95 mm thick body and high screen-to-body ratio. 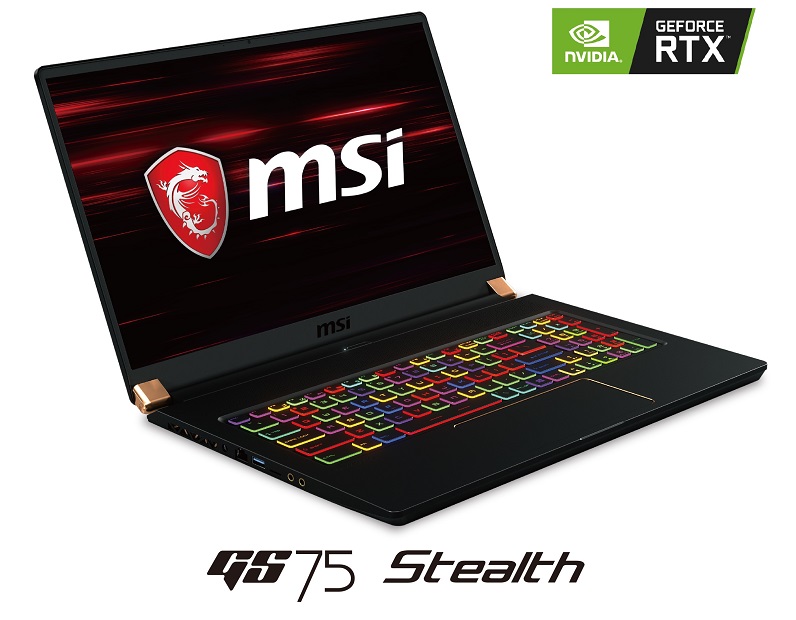 Both notebooks will offer Intel's 8th Generation processors, as Intel's 9th Generation has not released on mobile platforms yet, with compatibility with up to Intel's i7 models. Each notebook also supports several M.2 SSDs, with the GS75 supporting three (2x NVMe/SATA + 1x SATA) while the smaller GS65 supports two (1x NVMe + 1x NVMe/SATA). Both models feature SteelSeries gaming keyboards with per-key RGB lighting. 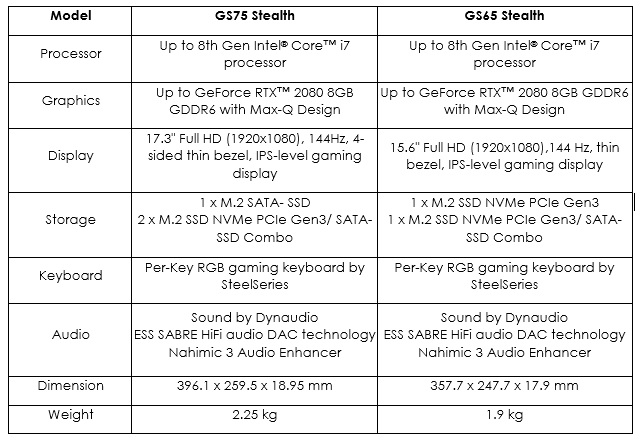 MSI's new GS Stealth series of RTX Max-Q notebooks promise to deliver high-end performance in highly portable form factors, making high-end PC gaming more portable than ever before. Gamers will be able to wow their friends with what Nvidia's RTX graphics has to offer, both in terms of portable performance and thought their use of RTX technologies.

You can join the discussion on MSI's Slimline GS Stealth Gaming Laptop lineup on the OC3D Forums.