MSI proudly announces the latest and smallest mini-PC to date: the MSI Cubi. This tiny desktop is built on a concept of nifty technology and a brilliant design to suit the needs of both consumers and businesses. 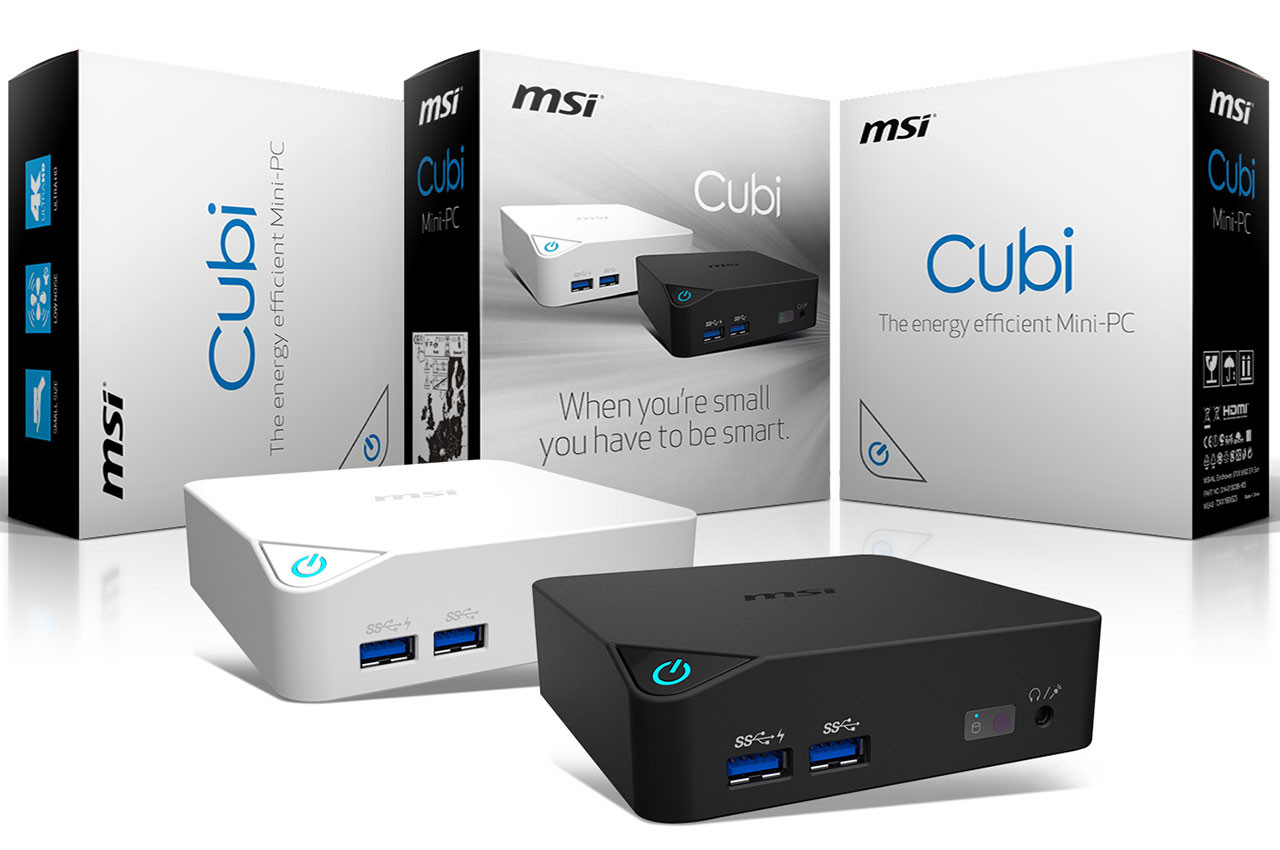 Thanks to the implementation of a wide range of Intel processors, users can benefit from a powerful handheld-size PC, also capable of carrying multiple modular hard disks that provide a large base for data storage. MSI Cubi is mountable to a wall by VESA standards or can be combined with an HDTV, so the user can enjoy Ultra High-Definition and high quality media entertainment at home.

For commercial applications, Cubi also comes with Intel vPro technology, ensuring a safe and easily manageable working environment. With plenty of ports to connect to external devices, Cubi is the essence of small, smart computing. A black and a white version of the MSI Cubi are globally available by end of March 2015. 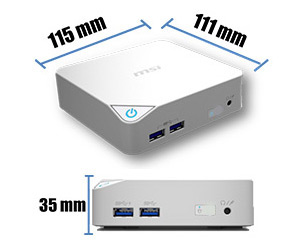 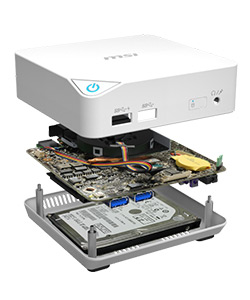 Smaller than a lunchbox or an XL soda can, MSI Cubi is the smallest mini PC in its kind, with a 0.45 liter case that still provides all the elements of a desktop-worthy PC. With curved edges, a smooth surface, a subtle ventilation frame and conveniently positioned I/O ports, the MSI Cubi is not only the smallest, but also the smartest in its kind.

High speed and big storage
Based on a modular design, the MSI Cubi offers the possibility to install an additional 2.5" HDD for a super high capacity data storage. Users can easily replace the bottom cover with an extended module, providing more space for those who desire bigger storage. With a built-in mSATA SSD hard drive and an extra 2.5" HDD, users can enjoy high-speed data processing and a big storage capacity at the same time. 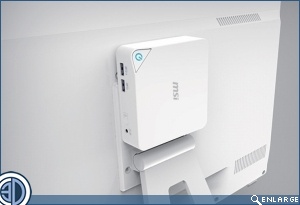 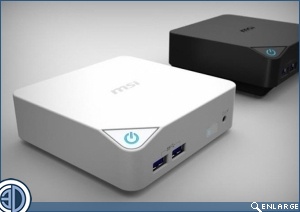 Security and easy to management
With support for Intel vPro technology, Cubi provides plenty of security benefits. From remotely manageable features to starting and managing your system from a distance, Cubi is a reliable business partner.

UHD display & VESA mount support
MSI Cubi is not only a good business partner, but can also serve as an excellent HTPC with support for displaying Ultra High-Definition content, so the user can enjoy high quality media entertainment at home. With dual display support (via HDMI and mini Display Port) you can connect two monitors at the same time for an efficient day at the office. Last but not least, MSI Cubi is mountable to a wall or the rear side of a monitor by VESA standards to achieve the most efficient use of space. 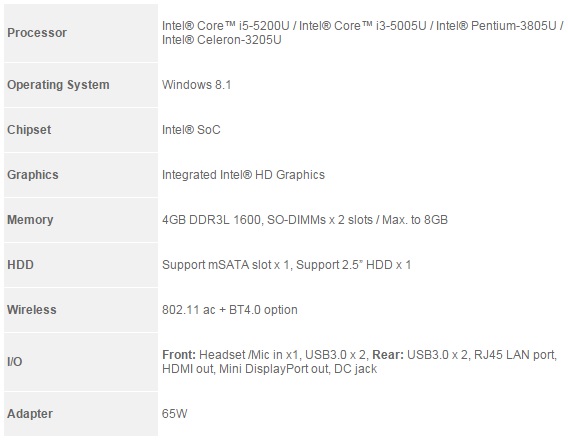 You can join the discussion on the MSI Cubi PC on the OC3D Forums.

and for the record MSI>NZXTQuote

Pendragon
Might be nice to have one mounted to the back of my monitor. 90% of my time at my PC is spent reading Reddit and watching Youtube. Do I really need my 2011 rig for that? Would save on the electricity bill.Quote

Wraith
Quote:
Yeah they have the DOKO but that's just a streamer not a dedicated PC, Gigabyte on the other hand have been making these (Brix) for some time.Quote
Reply