Is now the time to buy a new gaming notebook?

This week's Black Friday sales have already started, opening up some insane deals in the PC market from CPUs to GPUs and even power supplied and full systems. Now MSI is jumping on the bandwagon with a range of notebook deals across several major UK retailers which range from systems with Nvidia's mobile GTX 1080 to Nvidia's low-end MX150 graphics processor.

To start off MSI has lowered the price of their GT73EVR 7RF system by £300 to £2,099 on both Scan and box.com. This is the highest end system in MSI's Black Friday offers, delivering users an i7 7700HQ CPU, a GTX 1080 GPU, a 256GB NVMe SSD and 16GB of DDR4 memory. This system also has an RGB Steelseries notebook keyboard, offering a great typing experience on the go. 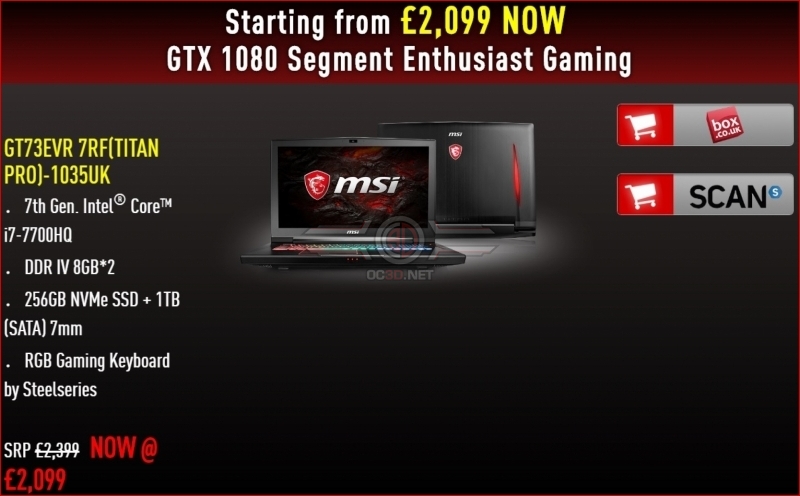 Moving down MSI's notebook range we have two deals which offer Nvidia's GTX 1070 GPUs, offering a huge variance in price due to each notebooks storage, CPU and chassis configurations.

The most affordable of these two GTX 1070 containing notebooks is the GE72MVR 7RG with an Intel i7 7700HQ, 16GB of DDR4 memory, a 256GB NVMe SSD, a 1TB HDD and Cooler Boost 4 technology. This offer will be available at box.com and Amazon.

The second notebook comes with a price tag of £1,999 and offers a larger 512GB NVMe SSD and i7 7820HK CPU and a Steelseries RGB keyboard. This deal is exclusive to Scan. 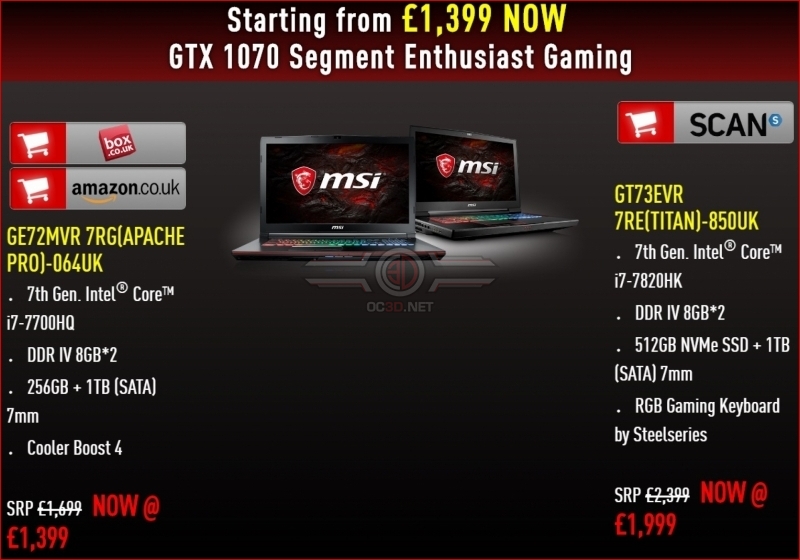 The second notebook combines an i7 7820K CPU with 8GB of DDR4 memory and SteelSeries keyboard. This notebook is cheaper because of its lower amount of DDR4 memory. 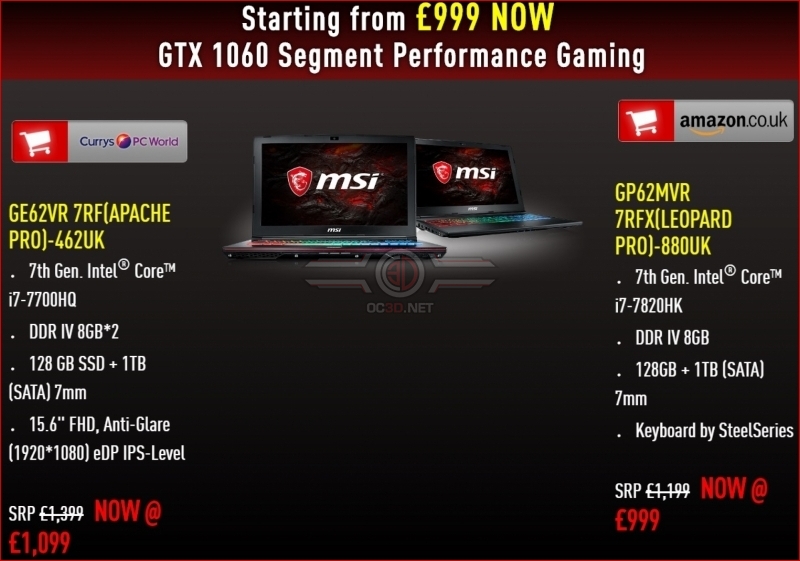 Moving down to the GTX 1050 Ti we move truly below the £1000 mark, all of which offer just 8GB of DDR4 memory and i7 CPUs. Moving below £900 we start to see notably lower CPU specifications SSD sizes to achieve lower prices. 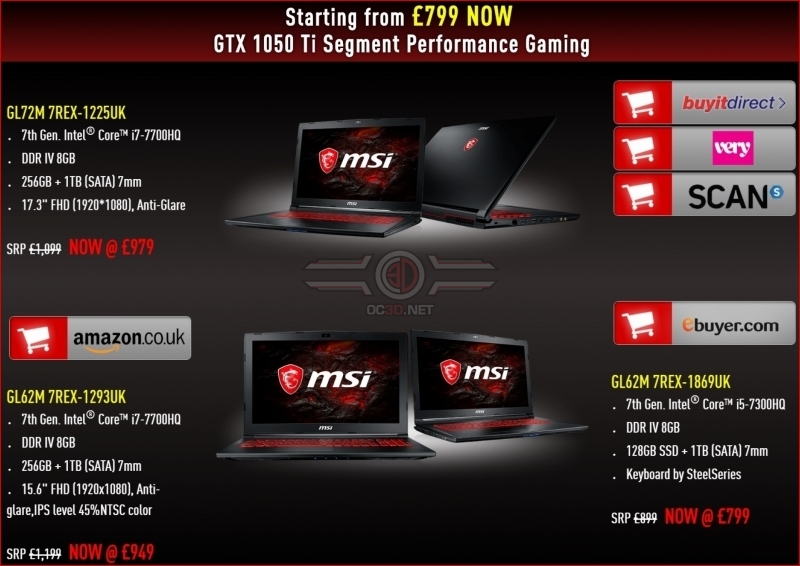 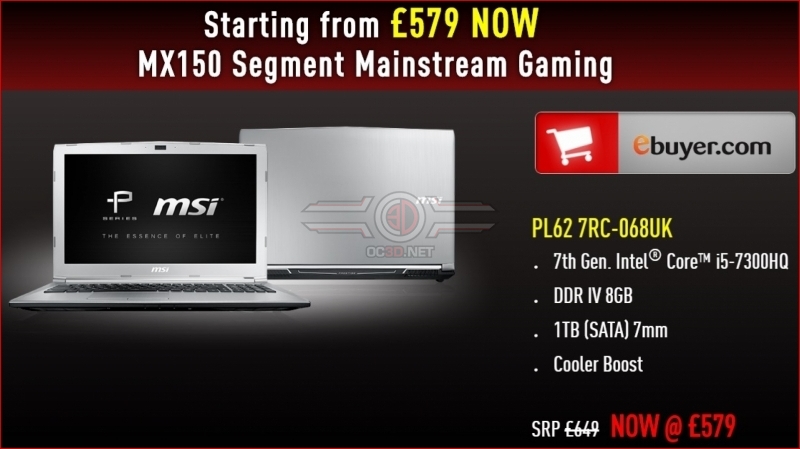 You can join the discussion on MSI's Black Friday notebook deals on the OC3D Forums.