MSI announce their GE62 Camo Squad series of notebooks, which comes with a Ghost Recon/Militaristic Camo theme and a limited edition/exclusive bundle.
This limited Edition notebook will come with a bundle which is valued at $210, which includes a copy of Ghost Recon Wildlands, the game's season pass, a camo-themed backpack, a camo water bottle, mousemat and a set of MSI themed dog tags.
The GE62 will come with either a GTXC 1060 GPU or a GTX 1050Ti GPU, both of which offers some insane levels of performance when compared to previous generation mobile GPUs. This notebook will also feature support for NVMe storage, an Intel Kaby lake CPU and a full 4K screen which covers the full SRGB colour gamut.

With the continued popularity of Military-themed games like Battlefield, Call of Duty and Arma has created a demand for military-themed notebooks and accessories, making this new notebook a great purchase for those who demand something that is different from the norm. 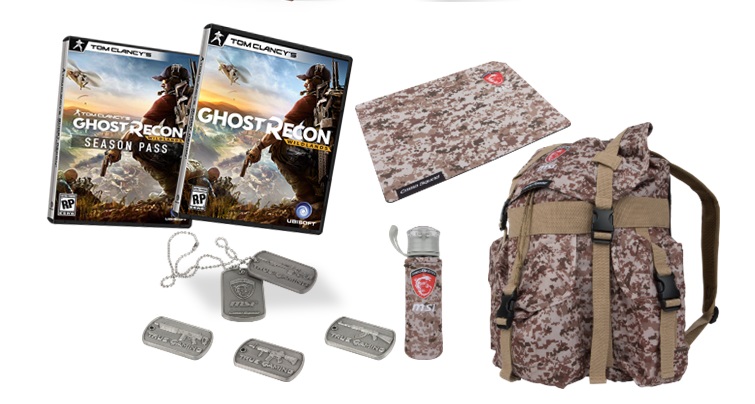 MSI is expected to launch this new series of limited edition notebooks later today, with more information being available at this link when the bundle goes live.

You can join the discussion on MSI's GE62 Camo Squad series notebooks on the OC3D Forums.

Doomslayer
I just threw up in my mouth and looks like someone threw up on that laptop.

Ah this is just MSI being MSI. lmaoQuote