Does this device offer consumers any value?

Microsoft has officially unveiled their smallest and most affordable Surface device to date, allowing PC users to access a wide range of PC applications from almost anywhere, enabling productivity on the go without the need to lug around a sizable laptop.

This new device is the Microsoft Surface Go, which ships with a mass of little more than 500 grams in tablet mode, offering a 10-inch screen to maximise portability while retaining an 1800x1200 (3:2) resolution.

Unlike most tablets, this device is a full-on Windows machine, with an Intel x86 Pentium Gold processor. Unlike ARM-based Windows devices, the Surface Go offers support for all x86 applications without the bugs or performance disadvantages that ARM-to-x86 emulation provides. This hardware enables the Surface Go to deliver both the full mobility of a tablet while retaining the versatility of an x86-powered Windows PC.

On the hardware side, Microsoft has opted to use an Intel Pentium Gold 4415Y processor, offering users two cores and four threads with a base frequency of 1.6GHz and a TDP of 6W.

This processor only supports LPDDR3 and DDR3L memory, which means that the device cannot take advantage of the efficiency offered by DDR4 or LPDDR4 DRAM memory, a disadvantage of using a low-power processor from mid-2017.

Another problem worth considering is that Microsoft does not ship this unit with a "Type Cover", a keyboard accessory that will be considered mandatory by most of this tablet's userbase, with the device's one year warranty also proving too short for most consumers. 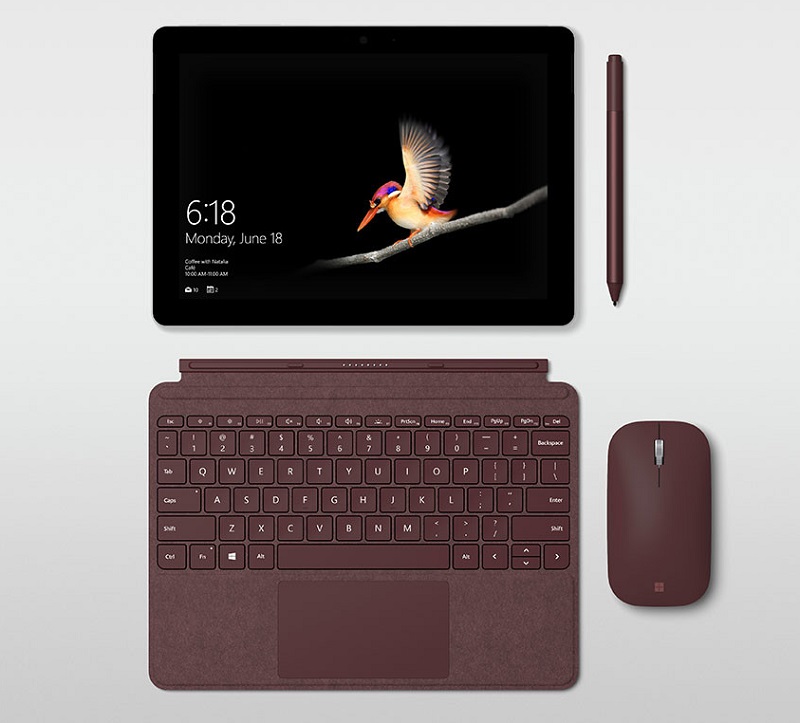 While the form factor of Microsoft's new Surface Go tablet is impressive, the device itself will be undesirable outside of the "I need a small, portable device to use Microsoft Office on" crowd. The Surface Go offers a price tag that will be too high for budget users (considering the device's lack of a keyboard at stock) and is underpowered when compared to most modern laptops, making the device undesirable for a large number of potential users.

While this is an admirable effort from Microsoft, their device is difficult to recommend outside of niche use cases. Would you buy a Windows PC that lacks a full-sized USB port?

You can join the discussion on Microsoft's Surface Go tablet PC on the OC3D Forums.

NeverBackDown
It's a better deal than the old Surface 3. Slightly more expensive but faster. However it is still over priced when compared to the tougher competition out there with chromebooks.

If it a had low power i3 CPU, DDR4 memory, standard 128GB, and actually came with the pen and keyboard it would be worth the cost.

It's stupid to see a cheap item costing over $700 for the best model because of accessories which are a requirement for a PC.Quote
Reply