Over 250 million computers are sold every year, and according to NetMarketShare, 2.87% of these systems utilise the Linux Operating system. Yes, this is small in percentage terms, but do the math, and you'll see that this accounts for around 7.2 million users.

Linux is an incredibly important OS, acting as the backbone of the server market and the globe's cloud computing operations, being used by data scientists, engineers, and many other applications. Most of these use cases could be defined as work-related, a factor which makes Lenovo's latest decision make a lot of sense.

Lenovo has confirmed that it will be certifying its entire lineup of ThinkPad and ThinkStation Workstation product lines to support Ubuntu LTS, Ubuntu's ultra-stable enterprise-grade variant, and Red Hat. Previously, this level of support was only available on specific models, but now, this support will be available across Lenovo's "entire portfolio of ThinkStation and ThinkPad P Series workstations".

Linux can be installed on practically any modern PC, but this level of support from Lenovo gives companies integrated support from Lenovo, Ubuntu and Red Hat, giving IT departments an easier route to system deployment and greater access to advice on how to maintain these devices. Lenovo also plans to give its users end-to-end support with security patches and updates alongside verified hardware drivers, firmware/BIOS optimisations and more.

With this move, Lenovo plans to make Linux support on its workstation-grade devices easier than ever before, a move which will help Lenovo capture more of this untapped market. 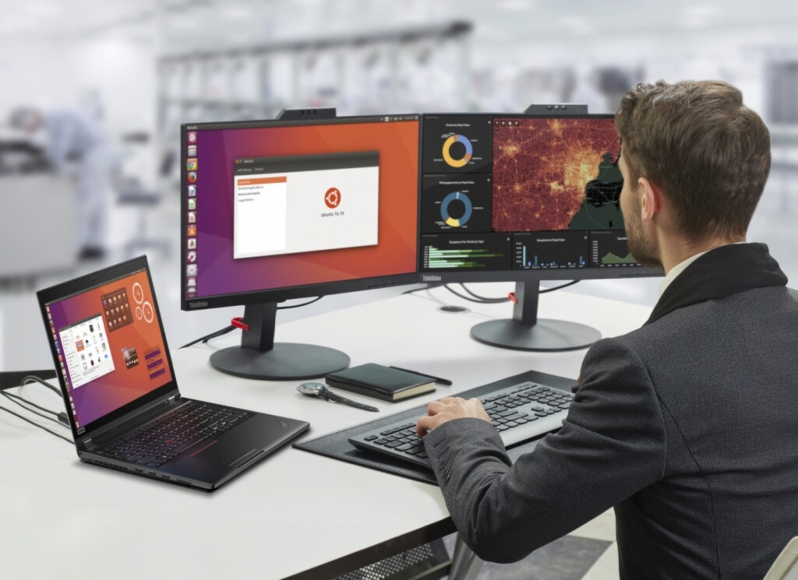 You can join the discussion on Lenovo certifying its entire ThinkPad and ThinkStation Workstation lineup for Linux support on the OC3D Forums.

RobM
Lets hope this encourages others to do the same, fix all the snags with gaming, get devs to code for linux and were goodQuote

Avet
90% of people that I know would be perfectly fine with Linux and probably have a much better experience than with Windows. They have asked me countless times to clean/reinstall their Windows computers because they get clogged up.

This is really good. The only reason Linux hasn't gained popularity because it never came out of the box with laptops or computers.Quote

NeverBackDown
I know Ubuntu is working on OEM OS's to better support their needs.


Problem with that is the Linux community is not going to like OEM bloatware. It just looks weird to have a Lenevo software pop up on bootup.

Only downside to this is it'll make it more popular. Which means more malware.Quote

looz
Maybe we'll get one OS where their garbage docks actually work.Quote

Avet
I wouldn't mind some sort of control center, even garbage one. Have you tried managing fans on Linux?Quote
Reply