Intel's next-generation NUCs will be socketed

With their NUC 12 Extreme Compute Element card, Intel has confirmed that their 12th generation units will support up to four PCIe 4.0 M.2 devices and up to 64GB of DDR4 memory (SODIMM modules). DDR5 memory support doesn't appear to be planned for Intel's 12th Generation NUCs, which makes sense given the lack of retail availability of DDR5 memory modules.

You can join the discussion on Intel's planned 12th Gen "Dragon's Canyon" NUC on the OC3D Forums. 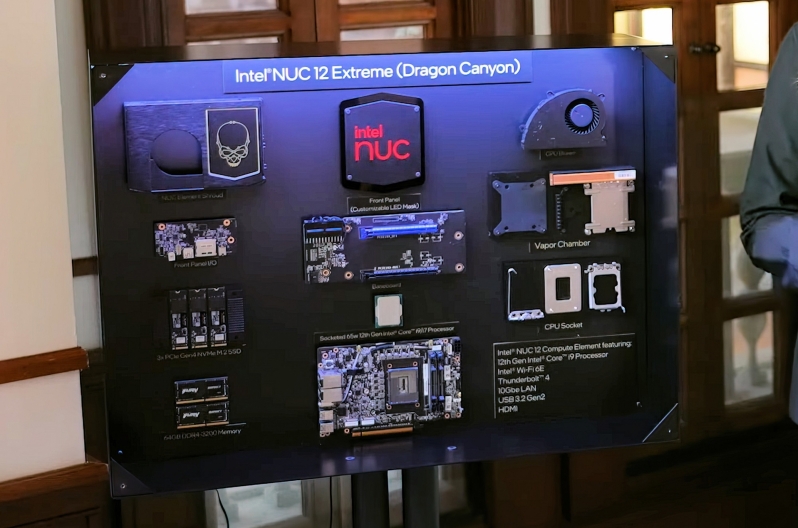