A NUC that supports desktop-grade graphics and more

Intel has finally unveiled its next-generation "Ghost Canyon NUC", a new take on the company's "Next-Generation of Computing" (NUC) series which makes the system more modular than ever before.

Before now, Intel's NUCs were not very upgradable, offering users the ability to change out their storage and memory and no ability to upgrade their system in other ways. With "Ghost Canyon" this changes, as Intel is adding GPU modularity into the mix alongside the ability to separate the system's motherboard/CPU section from the chassis. Basically, this could allow users to change their NUC case, graphics card or CPU/motherboard sections independently, enabling a huge number of upgrade paths of users. 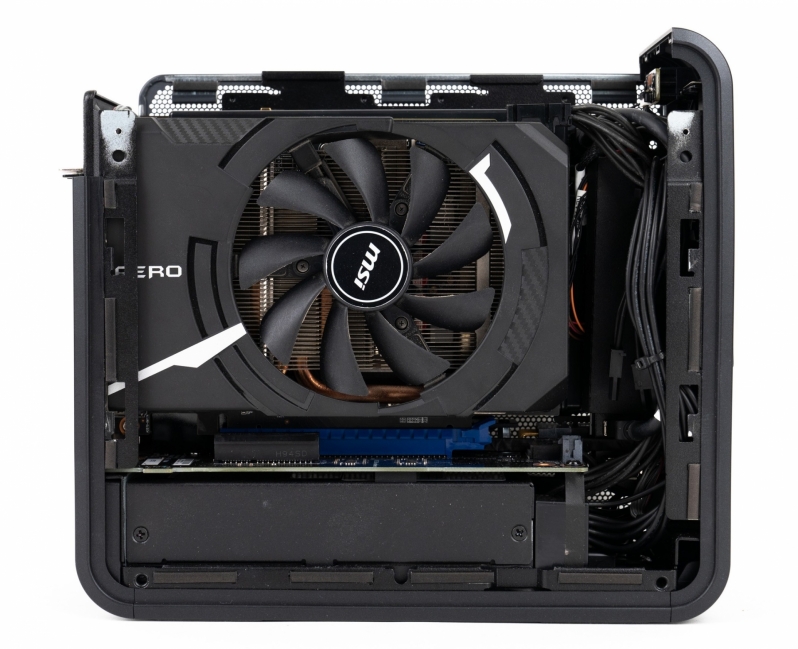 Ghost Canyon leaked back in October 2019, which gives us a lot more information than what Intel wanted CES' attendees to see. These leaks confirmed that the system's use of 9th Generation H-series processors and that the system's support for dual-channel DDR4 memory, twin PCIe x4 M.2 slots, Thunderbolt 3, WiFi 6 and 225W graphics cards.

Graphics cards within this system must be less than eight inches in length and be two PCIe slots wide, allowing this case to support graphics cards as high-end as Nvidia's RTX 2070.

WCCFTECH has reported that OEMs will be able to design around Intel's new modular NUC system, which should allow custom NUC enclosures or other non-reference NUC products to be created. Could larger cases with higher-end graphics support be possible? 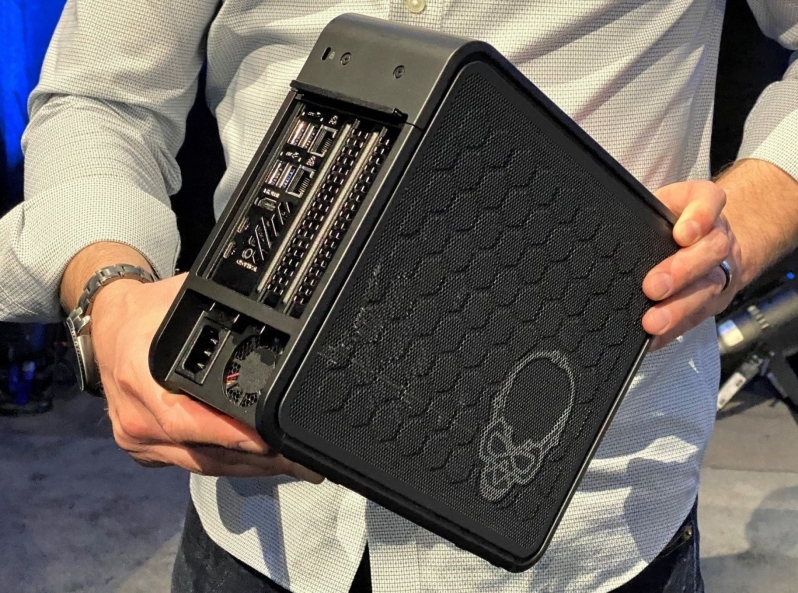 Intel's new NUC system will grant its customers new options and allow OEMs to benefit from the company's new modular ecosystem. Hopefully, we will hear more about Intel's NUC ecosystem as CES continues, and from OEMs who plan to support "Ghost Canyon" with their own custom products.

You can join the discussion on Intel's Ghost Canyon NUC on the OC3D Forums.