HP has listed their upcoming Envy x360 15-bq101na notebook online, the company's first Zen-powered notebook with AMD's Raven Ridge Ryzen 2500U APU. This notebook has since been delisted, though that has not stopped us from seeing the specifications of the device.
On the CPU side, this convertible notebook will come with a Ryzen 5 2500U APU which previous leaks have stated has four cores and eight threads, with this notebook listing matching the same CPU base clock speeds as older Raven Ridge leaks. This CPU will be able to run with burst/boost clock speeds of 3.6GHz and base clock speeds of 2.0GHz.
On the GPU side, this notebook will come with a Vega M (mobile) series GPU, which is included as part of AMD's Raven Ridge 2500U APU. At this time it is unknown what the exact specifications of this GPU are, though it is expected to place this APU under AMD's RX 460 in terms of performance.
HP has listed this notebook as coming with 8GB of 2400MHz of DDR4 memory, coming in a single-channel 1x8GB configuration. This notebook can also come with 16GB of RAM. This notebook is also listed with a 256GB NVMe M.2 SSD.
This notebook will also come with a 15.6-inch 1080p multi-touch IPS display, making this notebook useful as both a laptop PC and a tablet. 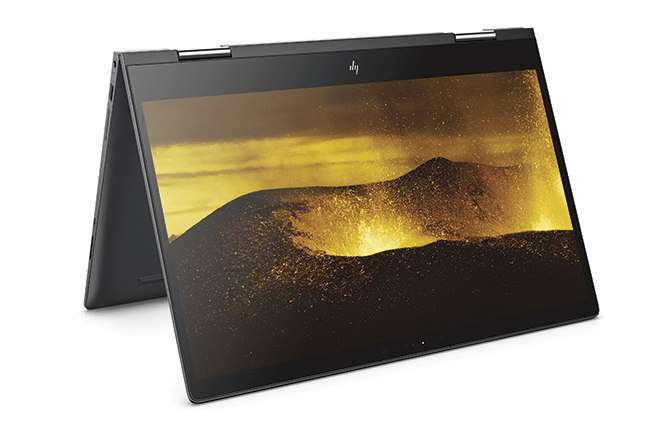 HP listed this device as coming with a 45W AC charger, which showcases how low the power consumption of this device is, offering up to 10 hours of total battery life when playing video. This notebook is also fairly lightweight, weighing in at 2.06KG.

You can join the discussion on HP's Envy x360 15-bq101na notebook Zen-powered notebook on the OC3D Forums.

Darkdayzzz
I'm far to curious on the price this lappy will require to purchase...the specs...oh yes I like those too.

But the price! I must know!Quote

NeverBackDown
Quote:
Don't expect them to be much cheaper than the Intel equivalent. $100 as a best case scenario unless AMD is offering some serious amounts of manufacturer rebates and volume of chips.Quote
Reply