Over the past year or so as many of you will have noticed, we've been giving away many cases and systems in competitions. We think this has gone down incredibly well with the entrants and the community over on the OC3D Forums. As we've recently had the office at OC3D refurbished, we thought it was a shame that the cases we've been using haven't been in the same custom style as the cases that we've been giving away. We've therefore decided to change that!

Some of you will have seen our Motherboard Test Rig, and we did promise you that we'd have one for testing graphics cards too in the near future. With the latest Gold Award winning case from Corsair; the 760T, we thought we'd give it the same custom treatment as we've given to our previous competition cases with its own custom design on the outside.

So, we've put together two of these cases with the same designs on both. One is to be given away as a competition prize in our current competition which you can enter here, whilst the other, as previously mentioned will become our new Graphics Card Test Rig. 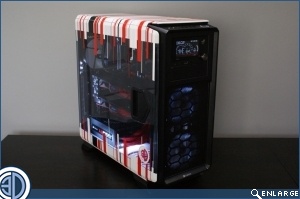 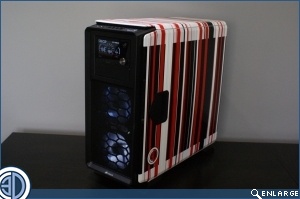 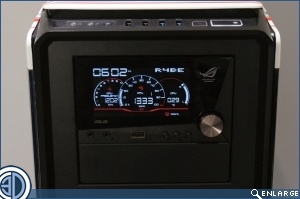 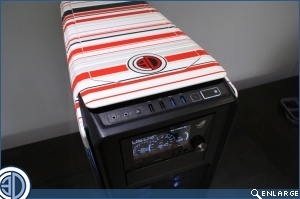 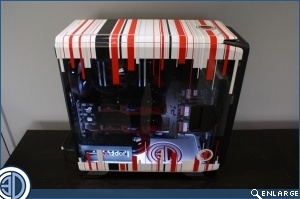 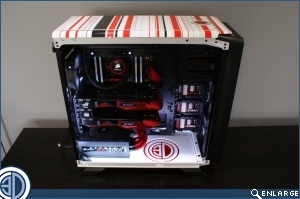 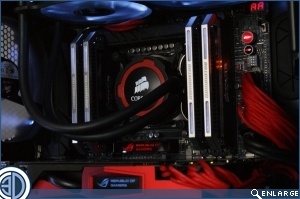 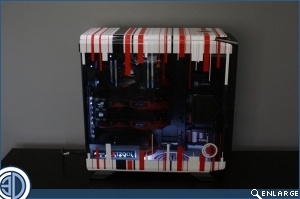 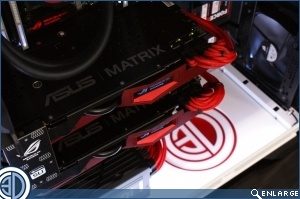 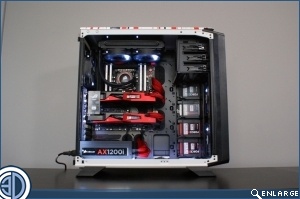 The system overall is built around Asus' latest Rampage IV Black Edition motherboard. We loved the previous Rampage IV Extreme, and the Black Edition was released last year to coincide with the Ivybridge Extreme 2011 socket processors from Intel. Naturally we've put in the latest, and top of the range Intel 4960X processor to get the most performance out of our test system.

To keep the branding with Asus throughout, we've gone for SLI Asus Matrix 780 Ti graphics cards. These match perfectly with the motherboard, and no high end show system like this would be complete without a pair of top of the range and great looking graphics cards! Lastly on the Asus line-up, we've put in the ROG Front Base which we showed you earlier in the year. This looks great installed in the front, and may offer a few more monitoring options when used for testing graphics cards.

The rest of the system is comprised of Corsair products. We've used 16GB of Corsair Dominator Platinum memory which looks amazing installed, and is also some of the best quality memory available to buy. Along with this, we've got Corsair's latest All-in-one cooler - the H105. This is complete with its red ring to match the graphics cards and the accents on the motherboard, along with the custom braided cables of course. We've also added AF120 LED fans to the system which help to bring out the red highlights on all the parts. For storage, we've used an array of Corsair SSDs. We've got a pair of Corsair Force GTs, a Neutron GTX and also a Corsair Force LS. These should easily be capable of storing all the games and benchmark programs for our GPU testing. To power the system, we've used the Corsair AX1200i power supply which should easily be capable of powering any combination of graphics cards we can think of.

Finally, we've got the case. This Corsair 760T has been professionally wrapped with vinyl the same as our current competition case. However, as this is will be used for a show, we thought we'd go a little bit further and install a false floor with the red OC3D logo. This was made by the folks at Parvum Systems and we love what they've done and think looks stunning in the bottom of the case.

This system will be shown at iSeries in two weeks time at the Asus stand, so if you're coming, be sure to come and check it out.

Also, as we've said we do have a competition to win a similarly modified Corsair 760T case in our competition here.

You can discuss your thoughts on the OC3D Forums.

lAnimal
About my birthday.... JK, love this thing so much! Those Matrix cards are the bee's bollox! (in a good way of course)

SirJamesD
Nice touch with that white lighting...and not a bad setup for "off the shelf parts"