An All-AMD system from Corsair

Corsair markets its Vengeance 6100 series as being more compact than standard gaming towers, stating that their system is 33% smaller than standard PC towers. Corsair has also kitted these systems out with 16GB of 3200MHz DDR4 memory, iCUE lighting and either a B540 or an X570 motherboard. At this time, B540 is thought to be a rebrand of B450, but this has not been confirmed.

Vengeance 6100 series systems are available starting today from Corsair's webstore and Corsair's US network of authorised retailers. At this time it is unknown whether or not these systems will become available outside of the US. 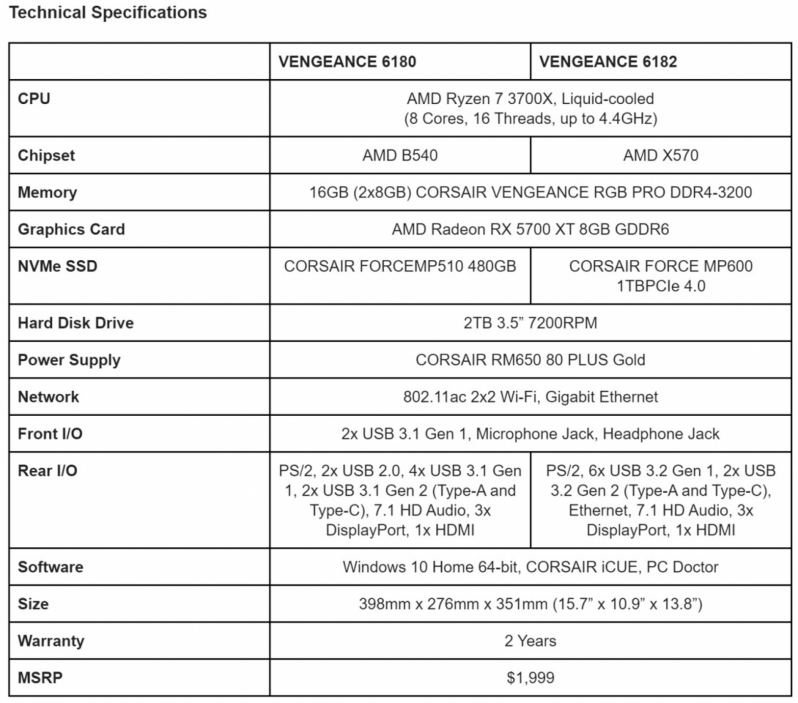 You can join the discussion on Corsair's All-AMD Vengeance 6100 series of gaming systems on the OC3D Forums.