Corsair has released their new Bulldog 2.0 Barebones PC kit, offering a Z270 motherboard, an AIO liquid cooler and an 80+ gold rated PSU in a nice console-like form factor.
This is part of Corsair's push into the living room, which started out with their LapDog, the companies PC friendly gaming control station.

When compared to Corsair's original Bulldog barebones system, their new 2.0 model comes with several redesigned aspects which promise to improve this system's performance and usability.

To start off Corsair has upgraded this system with their new SF600 80+ Gold series SFX PSU as well as their custom-made 92mm low profile liquid cooling unit, which is designed to keep the user's CPU cool and quiet under load.

This system uses an MSI Mini-ITX Z270 motherboard, which is ready for Intel's latest range of Kaby Lake CPUs and has been upgraded with new fans from Corsair's ML (Magnetic Levitation) series, which allow this unit to operate with much lower noise levels. 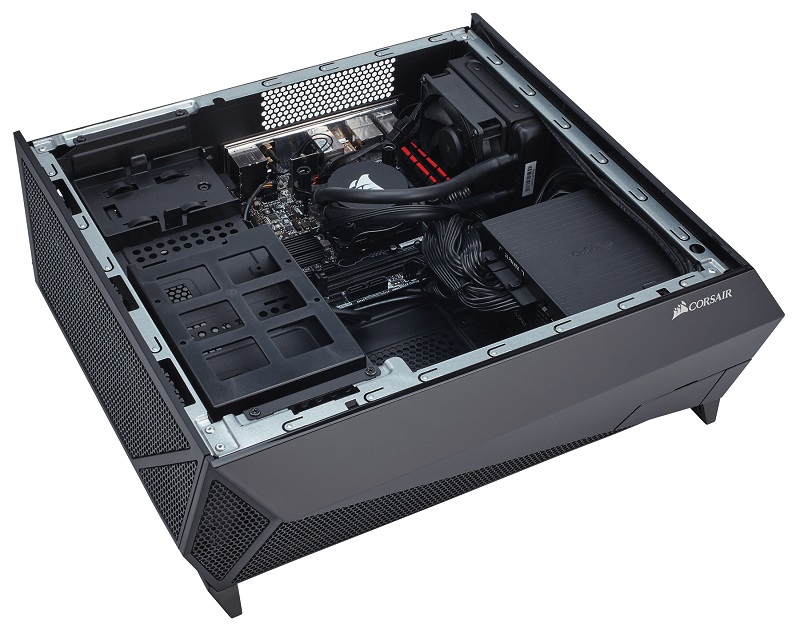 The Bulldog will be a Corsair made barebones kit, where buyers will add a CPU, GPU and storage to the system to create their own powerful gaming powerhouse in an HTPC form factor. This barebones kit will be starting with a price of $399 in the US, with no EU or UK pricing available at the time of writing.

This unit will be capable of supporting standard dual slot GPUs, with a height restriction of 115mm and a length restriction of 300mm, allowing this case to use most modern GPUs.

With a 600W PSU and a Z270 motherboard, this barebones system could support up to an i7 7700K and a GTX 1080 with ease, allowing system builders to create some stupidly powerful systems in a Xbox One-like form factor. 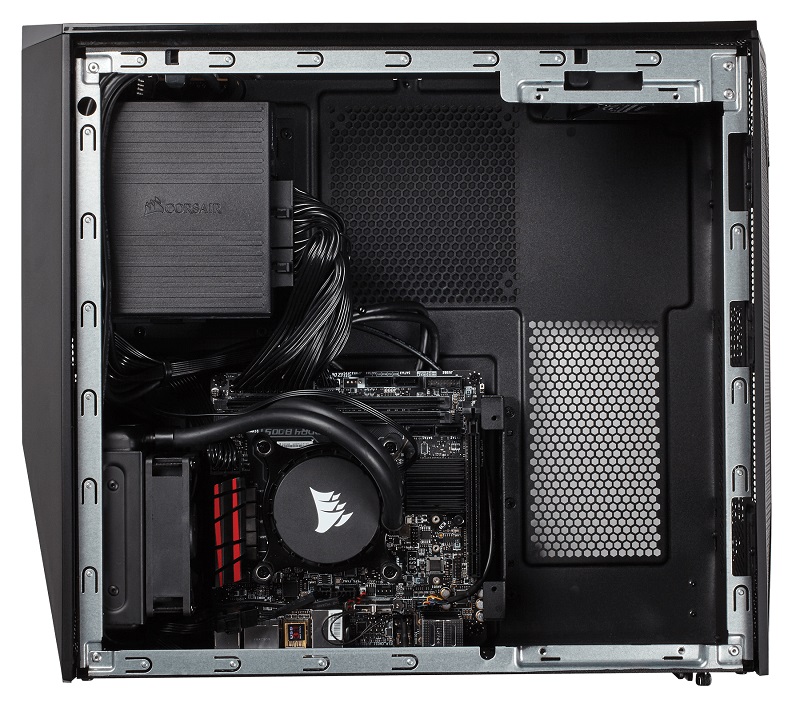 Inside this chassis will have enough space for either three 2.5" storage drives or a single 2.5" drive and a 3.5" drive and has two DDR4 DIMM slots for up to 32GB (2x16GB) of RAM. This case even has enough room for a 120mm radiator and a fan, which are designed to cool Corsair/MSI made Sea Hawk series AIO cooled GPUs.

You can join the discussion on Corsair's Bulldog 2.0 Barebones PC on the OC3D Forums.

jimma47
Quote:
It's a bit gamer but it looks to be pretty good value.

The GPU goes in face down? So it draws air in from underneath the case? I guess it's more for blower type and hybrid GPUs.

I'm after something to be a plex server and nas so for the price it's not bad compared to a 2 or 4 bay NAS from Qnap or Synology. Of course they have the CPU included but they're typically only a Celeron or i3. I wonder how quiet it is..Quote

SuB
Looks like they were trying for this to go in people's home entertainment area.. rule 1.. make the thing symmetrical at least from the front, otherwise it looks daft. I just want someone to make a decently priced / sized / cooled PC case/system that has that 'This is a HiFi / Decoder / Amp' look, and do it well without looking tacky/cheap.Quote

jimma47
Quote:
Yeah agreed. Look at the Silverstone HTPC cases and they're gorgeous. I think this is more for 'console wars. To go get a gaming pc into the living room as opposed to the XBone/PS4.

The design and marketing would have used terms like 'aggressive' 'dynamic' styling... so nothing you'd want your adult friends to see.

I don't hate the look but it's not going to match your Harman Kardon AV receiver.Quote

Excalabur50
I agree, Jonsbo have a case that would have suited this system beautifullyQuote
Reply