Corsair/Origin PC needs a huge supply of hardware, and Corsair doesn't plan to make it.

Corsair is one of the largest companies in the PC business, especially now that they have acquired Origin PC, the boutique US system builder. This acquisition gives rise to several questions, most of which can be summarised by asking "what does Corsair plan to do moving forward?"

Corsair already builds their own systems, PC cases, power supplies, SSD, DRAM, Closed-loop Liquid Coolers, custom water cooling components and a myriad of accessories. Beyond that, all that's left if the motherboard and graphics card markets. Aside from those two components, your PC can be made with all-Corsair components.

When speaking to a Corsair representative, Anandtech asked Corsair about its future hardware plans, confirming that the PC giant has no plans to enter the motherboard and graphics card markets. While both Corsair and Origin PC have huge demand for both of these system components, it seems clear that both companies are happy to deal with their existing hardware partners, at least for now.

NZXT has recently gotten into the motherboard business with their Z370 and Z390 series motherboards, though at this time this effort hasn't been very successful for the company. With this in mind, we can see why Corsair wouldn't want to move into this complex market.

Rumour has it that Corsair is preparing to enter the PC display market, one of the few areas which the manufacturer has no presence. At this time it is unknown when Corsair will be ready with their planned gaming displays. 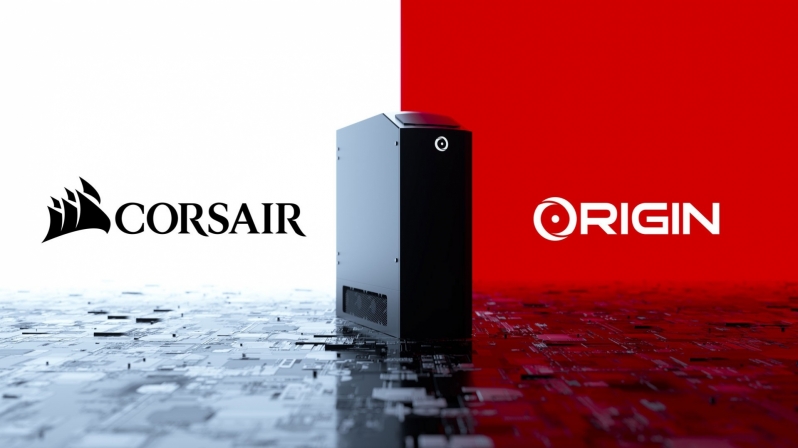 You can join the discussion on Corsair confirming that they have no plans to enter the GPU or motherboard markets on the OC3D Forums.

NeverBackDown
I don't blame them. The motherboard market is dominated by Asus and to dig out a dug in competitor is just a very expensive and time consuming task.

Graphics cards they should just keep partnering with MSI and whatnot. Cheapest and easiest way to do it.Quote

AlienALX
The mobo and GPU market is already flooded. Entering it would be hard, and you'd need to be very good to make it.

What board was in the Corsair One? remember that ITX thing? I think that would give a hint as to who they'll partner up with with Origin.

I know MSI partner with a few OEMs. My triad Alienware had a MSI board (still does actually) and an MSI sticker inside the case.Quote

WYP
Quote:
Corsair mostly works with MSI. I think they do the boards for most of their systems.Quote

AlienALX
Quote:
Ah OK yeah that makes sense. MSI seem to be able to manufacture cases and everything so instead of just slapping an Origin logo on existing cases and slightly modifying them MSI should be able to knock up unique chassis for them.

This may actually get quite exciting tbh.

I wonder if the sale means all of the old Alienware staff will be out of a job? I know that the company was originally started by ex employees of Alienware who all left when Dell took over.Quote
Reply