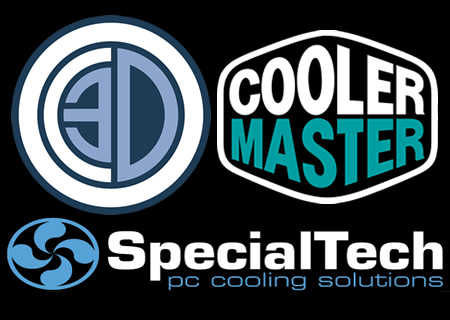 It can be a confusing time for many of you when we undertake projects such as the CKC system, people seem to assume hardware falls from the heavens when ever we request it. The truth of the matter is most of it gets reused several times and this is where a large proportion of you think we favor certain hardware, the truth of the matter being its just the hardware we have to hand! 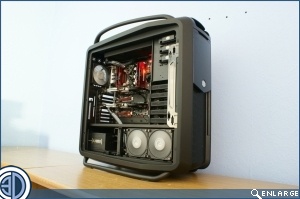 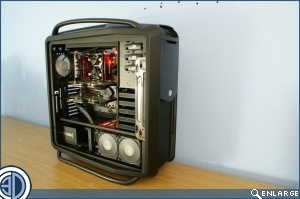 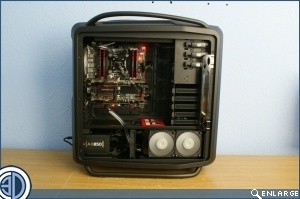 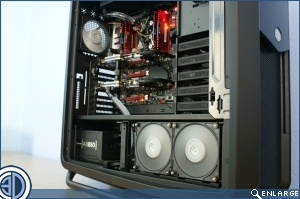 So as many of you may know www.specialtech.co.uk came to us a few months back and asked us if we would be interested in doing a build with them to show case Koolance products, having just reviewed the Cosmos 2 that was dug back out of the garage, the rampage 4 was a must seeing as there were motherboard water blocks available and a pair of 7970's just seemed the right thing to do.

Looking in what has now become the legendary 'Magic Cupboard' we decided to use 16gb of red Corsair Vengeance 2133 to tie in with the red on the motherboard, also two of the sexy red Force 3 GT's in a monstrous 480GB size which we put in a RAID 0 array giving us almost 1TB of SSD goodness. Force 3 GT's have a hardware based garbage collection so the lack of TRIM support wouldn't be an issue. Powering the whole rig was a Corsair AX850W PSU a firm favorite here at OC3D and that gave us plenty of juice with a bit of head room for some massive over clocks too! 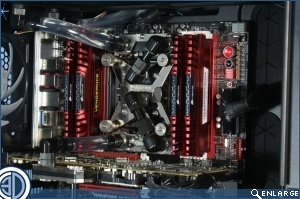 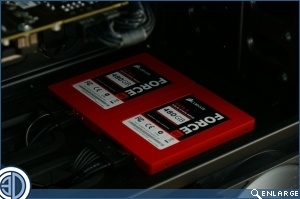 The cooling was based around 3 Koolance radiators, two 240mm's in the bottom and a 360mm in the roof, we opted for a single loop to keep things tidy and even though we had the loop set up to cool the GPU's first we still achieved awesome temperatures all round. The 3930K never saw 60c even though it had a 4.6GHz overclock with 1.4v and the GPU's never saw 50c even after a whole day of gaming and an ambient of 24c! This is even more of a success when we tell you the Scythe GT 1850rpm fans were all running off the Cosmos 2 fan controller and set to medium. So for all those people out there that think you need radiators between every block and fans blowing a whooley we stand firm and shout n00000b. Water cooling should always be about aesthetics, if you follow simple rules and do the job properly you will always get good temps. Going the hard route and having rads everywhere and loads of tubing may give you 2 or 3C better temps and youll always having the pleasing thought of knowing those of us that know what we are really doing are laughing at you / thanking you for making our work look so much nicer! 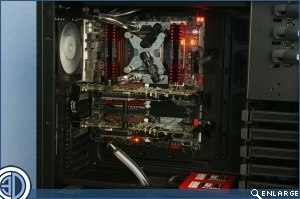 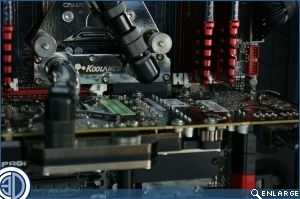 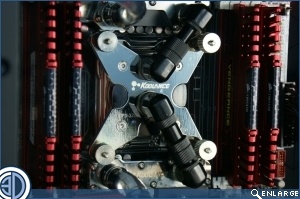 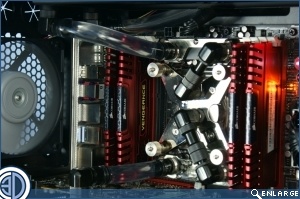 So that's the final Curtain Call for the Coolermaster Koolance Kosmos, we would like to say a special thank you to Specialtech, Koolance, Coolermaster and Corsair but sadly now its time for CKC to be decomissioned....

Where might you end up seeing the hardware next....? You can discuss your thoughts in the OC3D Forums.

Steenie
Bravo on another epic build Tom. Looking forward to the next one!

exposure. i know you are a busy man.. thanks again!

S_I_N
yup I love it shows that the Cosmos2 can actually be used lol But Duggy i have to say Whats love got to do with it??? I say its pride