Will the AYANEO next use an AMD Rembrandt APU?

AYANEO has announced that they have delayed the reveal of their "NEXT" PC gaming handheld until January 4th, after AMD's CES 2022 keynote. While AYANEO has only stated that their announcement delay was due to "certain reasons", it is highly probable that those reasons are related to AMD and their planned reveal of new Ryzen Mobile SoCs at CES 2022.

Currently, AMD is expected to reveal new Ryzen Mobile CPUs at CES 2022, with many believing that these SoCs will use refined Zen 3 cores alongside a new RDNA 2 integrated graphics chip. When combined with fast memory, AMD's latest module CPUs could be incredible gaming chips.

Moving their reveal after AMD's CES reveal allows AYANEO to discuss the specifications of their planned device in more detail. Beyond that, it prevents details about AMD's CES keynote from being revealed early.

With an RDNA 2 integrated graphics solution, AMD's giving their mobile GPUs two generational leaps in graphics performance, making a jump from Vega to RDNA 2, skipping over RDNA within the iGPU segment. These changes should give AMD's planned Ryzen APUs DirectX 12 Ultimate Compatibility, thanks to RDNA 2's inclusion of ray tracing support, Mesh Shaders, Sampler Feedback, and Variable Rate Shading. Beyond that, RDNA 2 should deliver a lot more performance per watt than AMD's older Vega iGPUs. 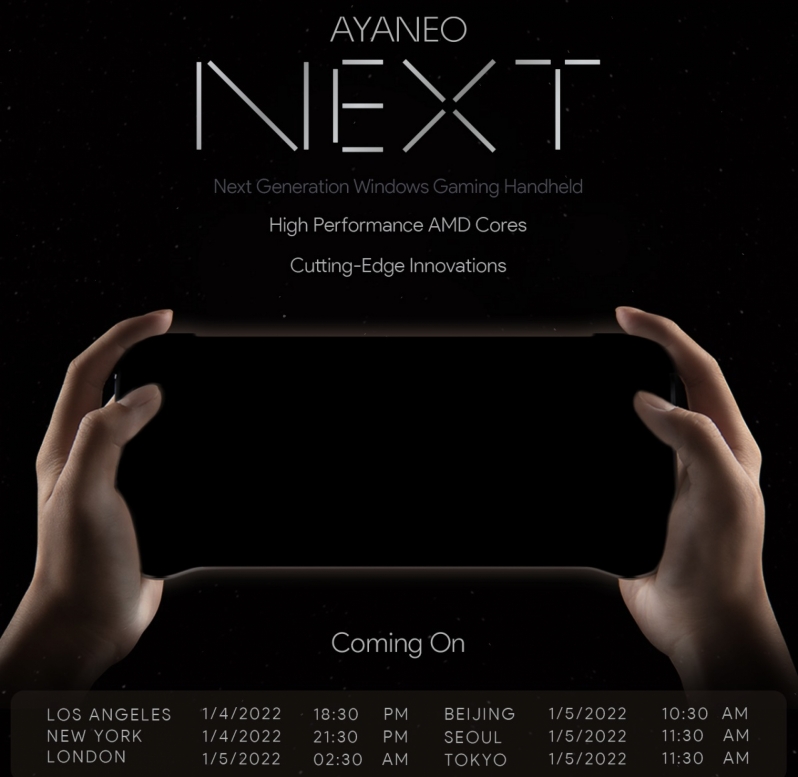 If AYANEO's Next PC gaming handheld features a next-generation AMD APU, it will offer PC gamers an excellent handheld gaming experience. That said, iGPU performance will be limited when compared to the performance levels of discrete graphics solutions, so don't expect miracles from AMD's next-generation mobile SoCs.

You can join the discussion on AYANEO's "Next-Generation" handheld using a new AMD SoC on the OC3D Forums.