After many months of waiting, Apple has officially released their latest iMac Pro, delivering Intel Xeon processors with up to 18 CPU cores and AMD RX Vega graphics processors, creating the company's most powerful iMac product to date.

The top-end model of Apple's new iMac range will include an 18-core Intel Xeon CPU which offers core clock speeds that can boost up to 4.3GHz and support up to 128GB of 2666MHz ECC memory.

On the storage side, this system can come with between 1TB and 4TB of SSD storage, which is expected to be using two 2TB M.2 SSDs in RAID. The system also offers a $79.00 upgrade to provide a VESA mount, which will allow the system to use aftermarket monitor arms or stands.

All versions of this new iMac Pro will utilise a 5K (5120x2880) display that offers up to 500 nits of brightness alongside support for the P3 colour space. The lowest-end GPU that will be available in this system is the AMD Vega 56, which will come with 8GB of HBM2 memory. Higher-end models will ship with an RX Vega 64 graphics processor with 16GB of memory, which offers 2x the memory capacity AMD's gaming-oriented RX Vega 64. 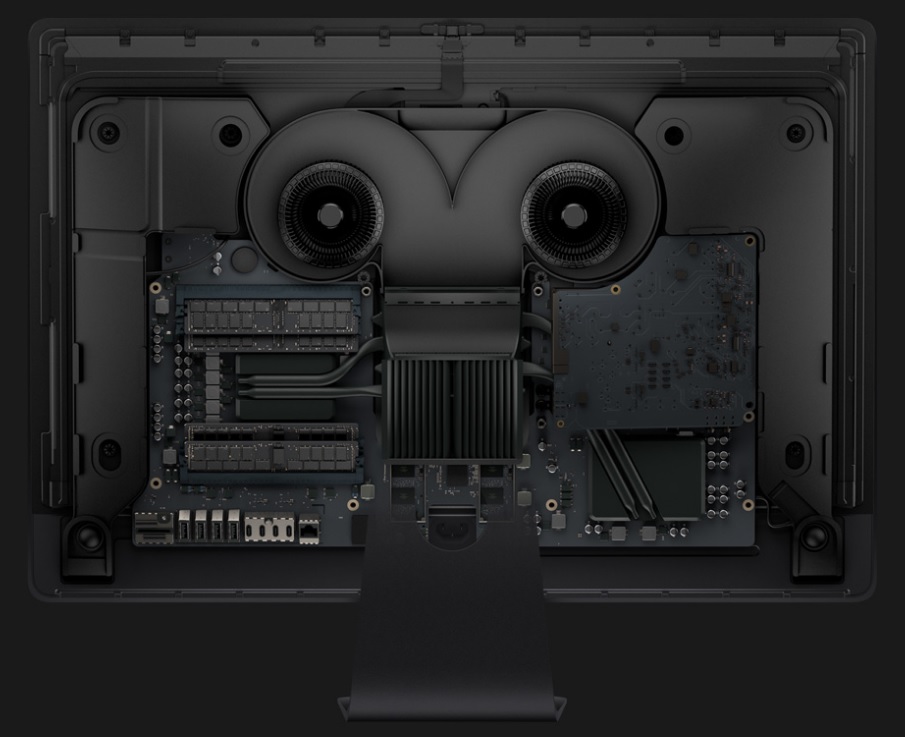 This new system will also ship with 10Gb Ethernet and four 40Gb/s Thunderbolt 3 ports, delivering a broad range of connectivity options. These Thunderbolt 3 connections can be used to connect powerful storage devices or to connect additional high-resolution displays, depending on the user's requirements.

With the cheapest new iMac offering costing $4,999, it is easy to point out that this system is designed with professionals in mind and offers very little value for money for most consumers. Apple has shoved a lot of performance into this 27-inch display form factor, making it ideal for office use in areas where space is a commodity, especially given how much additional performance this system delivers when compared to Apple's last generation of iMac products.

You can join the discussion on Apple's new iMac Pro on the OC3D Forums.

NeverBackDown
Only apple would charge an additional fee if you want a Vesa mount option on something that cost $14k.Quote

GiantKiwi
I'm going to give it a fortnight before someone requests one of these at work - thank god we don't buy anywhere near retail prices on apple products, otherwise our computer budget would be eternally screwed by iPads and Macbooks