One of the technologies behind Apple's Ultrathin notebooks is their use of custom "butterfly" key switches, which are designed to offer a slimmer profile and a more even typing experience than standard "scissor" notebook keys.

Since their introduction in Apple's 12-inch 2015 MacBook, these key switches have gained a bad reputation amongst owners, proving to be just as fragile as their namesake. Until now, Apple has ignored this issue, presenting MacBook owners in a difficult situation once their device leaves its warranty period, a single broken key switch could result in a repair bill worth hundreds of dollars.

One of the most significant issues with MacBook repairs is how tightly integrated system components are, making teardowns and repairs difficult. Modern MacBooks are in many ways similar to today's mobile phones, with devices so slim and compact that end users have no options for do-it-yourself repair,  as the risk of damaging your notebook are too high.

Apple's MacBook keyboards are now built into the chassis of the device, forcing Apple to replace the entire top of the notebook to repair a single broken butterfly key, making the device a lot more expensive than it should be.

On Friday Apple admitted that they had a problem, confirming mounting user reports that their unique key switches can often repeat letters unexpectedly, feel sticky or inconsistent and sometimes break entirely. Apple is now offering free keyboard repairs for affected devices, covering eligible devices for up to four years after the time of purchase, a considerable extension over Apple's standard one-year warranty.

Below is a list of MacBook devices that are eligible for free keyboard replacements. 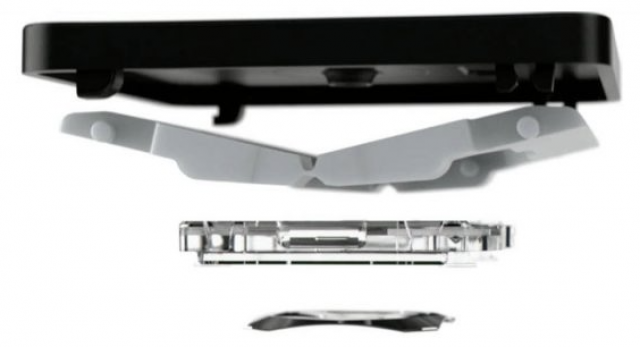 Apple released this warranty update late on Friday afternoon in the US, just before the weekend at a time where the announcement was intended to go unnoticed as everyone went about their usual weekend activities. This is what Apple does to hide their failings.

This admission is an important step towards creating better MacBooks in the future, hopefully with more robust/reliable key switches than what is currently present on MacBook and MacBook Pro notebooks. Perhaps Apple will announce a new MacBook in the near future, with either an Intel 6-core processor and a Kaby Lake-G part that can integrate both an Intel CPU and a Radeon graphics chip in an extremely small form factor.

You can join the discussion on Intel's admission that their butterfly keyboard switches have reliability problems on the OC3D Forums.

Dawelio
Well I’m not surprised about this really. As Apple was even aware of the ”bending” issue on the iPhone and that ”deathtouch” or whatever it’s called. Where the screen sometimes looses sensitivity and therefore doesn’t respond to a command (if you’re typing for example), for a couple of generations back now.Quote

AlienALX
Louis is going to have a field day lmao.Quote
Reply