Systems that are based on AMD's new Ryzen Threadripper CPUs are now available to pre-order in the UK, with stock for these systems being expected on August 31st at Overclockers UK.

Right now, Overclockers UK has two X399 systems that are available for pre-order, the Titan Scythe and the Titan Shikra, which comes with Nvidia and AMD GPUs respectively. Both systems also come with 16GB of 3200MHz memory in their standard configurations and a minimum of a 250GB Samsung 960 Evo series SSD and a 2TB HDD for storage.

Both of these systems also come with an 850W Gold rated PSU and a 360mm AIO liquid cooler, both of which should be more than adequate for overclocking Threadripper with a single GPU. 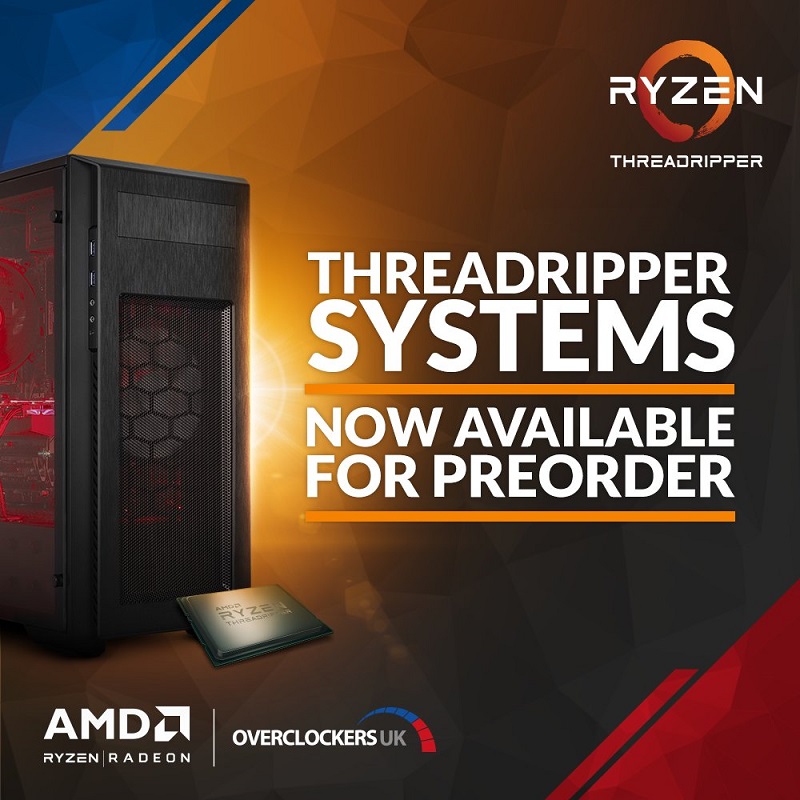 Both of these systems are now available to view and spec out on Overclockers UK's website, though it is expected that more hardware options will become available to include over the weekend (Vega perhaps?).

You can join the discussion on AMD's Ryzen Threadripper systems appearing at UK retailers on the OC3D Forums.

NeverBackDown
Quote:
Yeah I'd agree. Would be dumb not to go for it for that little of a price increase.Quote

GrahamC
So many corners cut in the rest of the system though it's a fukin sphere.Quote

Davva2004
Quote:
I don't understand? You can choose the components you want, even down to which case you get, so the only reason corners would be cut is if you cut them.Quote
Reply