Western Digital to close an HDD factory in Malaysia

Western Digital to close an HDD factory in Malaysia

Western Digital has confirmed their plans to close their Petaling Jaya Hard Disk Drive (HDD) factory by the end of 2019, amid declining long-term demand for HDD-based storage.

Below is a comment from a Western Digital Spokesperson to The Register, showcasing the company's plans to invest heavily into the growing SSD market. Western Digital's 2015 acquisition of SanDisk was undoubtedly a wise decision for the company.

In response to declining long-term demand for client HDDs, Western Digital has taken steps to rationalize its HDD manufacturing operations globally. The company will decommission its HDD manufacturing facility in Petaling Jaya, Selangor, by the end of calendar 2019. This transition will be executed in close collaboration with employees, customers, supply partners and other critical stakeholders.

The data technology industry is undergoing substantial change. This market transformation is driving increased adoption of SSDs and NAND flash in traditional HDD applications. The change has contributed to growth in SSD/NAND flash and declining long-term demand for client HDDs. Consequently, Western Digital plans to expand SSD manufacturing in Penang. The company is in the final stages of commissioning its second SSD facility in Penang, which will go into production in the coming months. 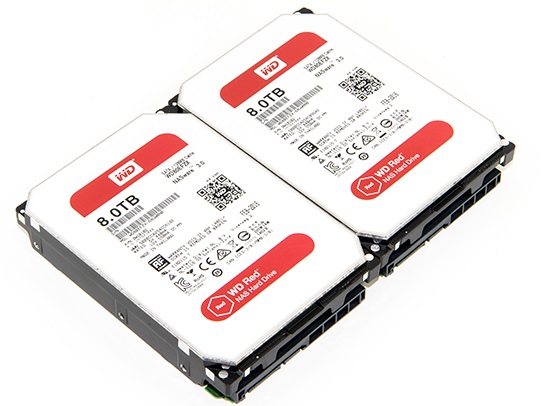 Today, SSDs are becoming increasingly common in consumer and business-class systems, offering faster boot times and load times than HDDs while also producing less noise and no vibrations during operation. This change had led to HDDs becoming much less common in today's notebooks, especially in the thin and light Ultrabook category, lowering HDD demand in this specific market.

Western Digital's competition, primarily Seagate, see a future with both HDDs and SSDs, with the company investing in MACH.2 Multi-Actuator technology to create faster HDDs, moving HDD innovation away from the "I have created a higher capacity drive" era. Even with the expansion of SSD market share in recent years, the HDD market is far from dead.

You can join the discussion on Western Digital closing their Malaysian HDD factory on the OC3D Forums.

g0ggles1994
With the current goings on with DRAM and NAND, I genuinely dont like the sound of thisQuote

BigDaddyKong
Better stock on a few extras for NAS backups before prices shoot up.

I have not had any spinning rust in my system for almost 2 years now. I don't see them closing as a big surprise. I have no problem with this.Quote

Korreborg
I don't think the prices will go up. The enterprice is going towards SSD's, so there demand is going down.
It's the same with normal PC's. To start with the SSD's meant double sales, as building a new PC meant a small SSD and a large mechanical drive. Today you can just buy a fairly big SSD.Quote
Reply