Western Digital is now producing this new 64-layer NAND is its Yokkaichi fab in Japan, a foundry that is co-operated by Toshiba. Right now it is unknown when this new NAND type will enter full production, though it is expected that production will ramp up in mid-late 2017.
This is using a new type of 3D-NAND that was designed by Toshiba and Sandisk, which is designed to offer increased performance, storage densities and increased storage densities when compared to traditional Planar NAND. Sandisk is now owned by Western Digital, who acquired the company back in 2015, which should explain why a company that most of you associate with traditional mechanical hard drives is announcing the production of a new 3D NAND technology.

Below is a quote from Dr. Siva, Western Digital's Executive Vice President for Memory Technology, discussing the characteristics of their new BiSC3 3D NAND.

The launch of the next generation 3D NAND technology based on our industry-leading 64 layer architecture reinforces our leadership in NAND flash technology,

BiCS3 will feature the use of 3-bits-per-cell technology along with advances in high aspect ratio semiconductor processing to deliver higher capacity, superior performance, and reliability at an attractive cost. Together with BiCS2, our 3D NAND portfolio has broadened significantly, enhancing our ability to address a full spectrum of customer applications in retail, mobile and data center. 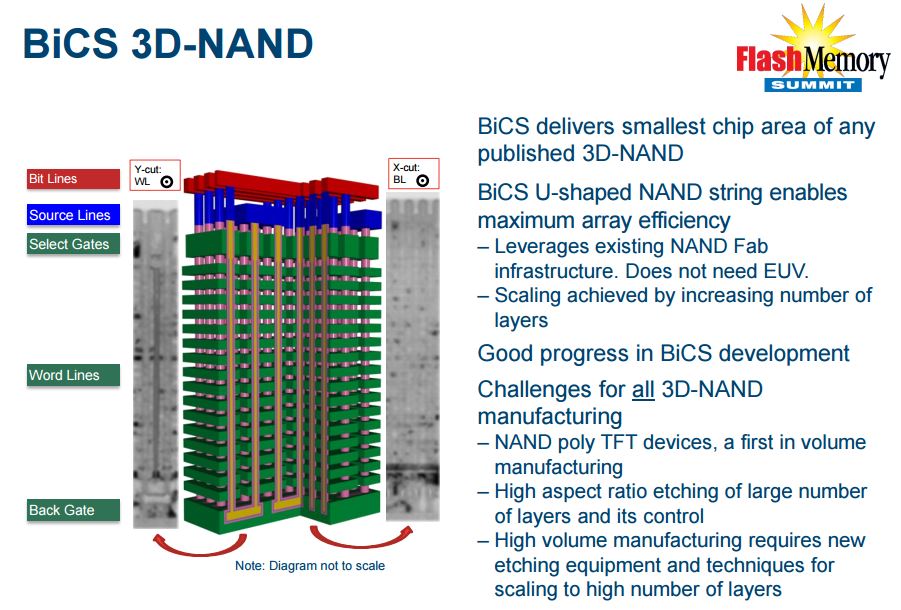 Today the world is suffering from a NAND shortage, which has been increasing the price of SSDs for the past few months. Hopefully, companies like Toshiba and Western Digital will be able to push forward with their production plans to increase market supply soon, as this would go a long way to making SSDs more affordable moving forward.

You can join the discussion on Western Digital's 64-layer 512Gb TLC 3D NAND on the OC3D Forums.

Should be: Western Digital is now producing this new 64-layer NAND is its Yokkaichi lab in JapanQuote

Dawelio
Quote:
As in fabulous