Demand for NAND is increasing, with more and more PCs and servers relying on NAND-based SSDs than ever before. The storage requirements of these devices are also increasing, creating a need for increasingly dense storage mediums that offer the levels of performance that only an SSD can provide.
It is this need that has driven the flash industry to create MLC (Multi Level Cell) and TLC (Triple Level Cell) NAND, but alas this innovation is not enough as storage requirements continue to rise and increased cash to storage ratios become increasingly desirable. Now Western Digital has announced their own X4 series NAND, offering the ability to store Four-Bits-Per-Cell.
Western DIgital does not call this NAND QLC (Quad-Level-Cell), though this is likely to differentiate their NAND from Toshiba's QLC offerings as both companies have now revealed QLC 3D NAND using 64-layer BiCS3 technology and can offer up to 768Gb (96GB) of storage per chip. 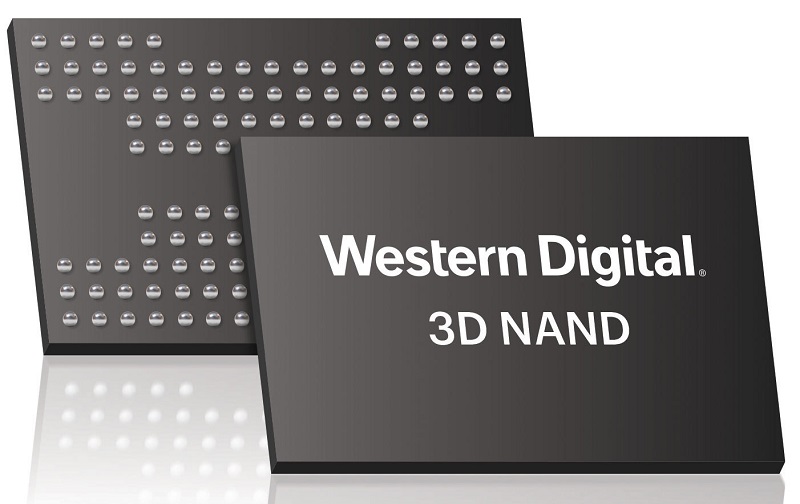 Western Digitial plans on showcasing this new NAND at the Flash Memory Summit (FMS) in August, with solid state drives and removable products being shown with this new flash technology.

One of the most interesting aspects of X4 NAND is that it is said to offer similar performance characteristics to their previous generation X3 TLC NAND. This is a big deal given the fact that QLC NAND requires 2x as many power states as TLC NAND, which should result in less performance and decreased reliability.

The most striking aspect in today's announcement is the use of innovative techniques in the X4 architecture that allows our BiCS3 X4 to deliver performance attributes comparable to those in BiCS3 X3. The narrowing of the performance gap between the X4 and X3 architectures is an important and differentiating capability for us, and it should help drive broader market acceptance of X4 technology over the next several years.

You can join the discussion on Western Digital's X4 NAND on the OC3D Forums.

NeverBackDown
Even if it is slower, it's still plenty fast compared to an HDD and will still offer very large storage capacity. I'd buy it. If it was an M.2 NVMe drive then you wouldn't even notice the speed difference between this and a 960 ProQuote

As long as it's around SSD speed or greater then that's good, We need to start seeing sanely priced large SSD's on the market.Quote