Is that an EK heatsink?

Meet the WD Black SN750, M.2 NVMe SSDs which are designed to challenge the likes of Samsung's 970 Evo, while also offering users the ability to look extra stylish with an optional EK heatsink.

Western Digital's SN750 series of SSDs are built using in-house Sandisk 64-layer NAND, a Sandisk 20-82-007011 controller and features an SK Hynix DDR4 memory cache. At its peak, these SSDs can consume 9.24W, but only for a collection of microseconds at a time.

Performance-wise, Western Digital's 1TB model offers the SN750 lineup's best performance, with other models shipping with performance downsides. This isn't a big deal for the 500GB and 2TB models, but the 250GB version will be notably slower than its peers, though this problem is common to most low capacity NVMe SSDs.

Western Digital's SN750 series will all ship with a five-year limited warranty, with the US pricing of each model being available to view below. At this time the UK and European pricing of these drives are unknown. 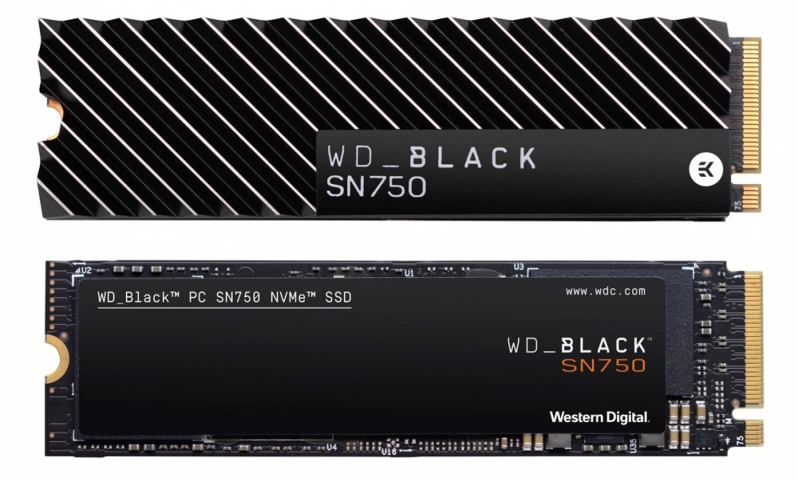 One of the Western Digital WD Balck SN750 is the inclusion of what the company called "Gaming Mode" which eliminates the drive's low power states to decrease drive latency.

This mode will make SN750 series SSDs more reactive but come at the cost of power and heat production. This will not be a concern for desktop users with adequate system airflow but will be unwelcome in mobile systems, where lower power draw will prolong a system's battery life. Gaming Mode can be enabled or disabled using a toggle within Western Digital's SSD Dashboard, without the need for a system reboot or other major changes. 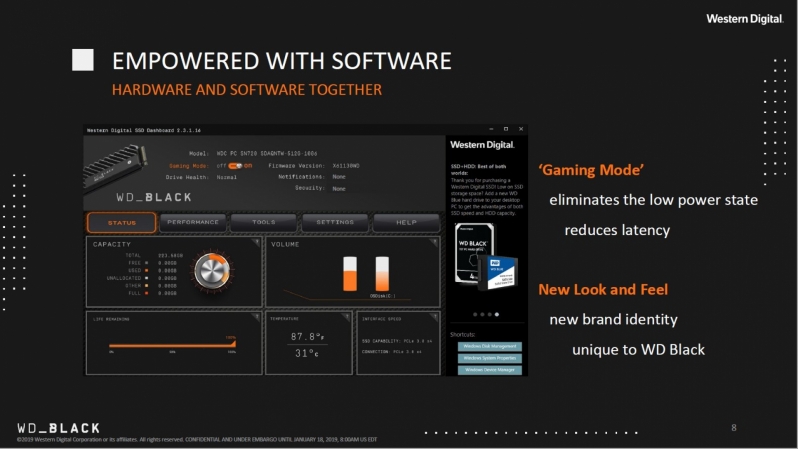 You can join the discussion on Western Digital's WD Black Series SN750 Series M.2 NVMe SSD on the OC3D Forums.

Dawelio
In a user friendly way of looking at it, the "Gaming Mode" would be much better applied if it got auto-activated whenever a game launches. Rather than the user having to manually activate it each time opening up a new game, which can be easily forgotten and rapidly becoming annoying.Quote

66racer
Man I think calling it gaming mode is a mistake. Should be something that average users will understand is just full power mode because it sounds like some workstation users might want it but not use it because "gaming" modeQuote
Reply