Does Western Digital has a new budget-performance champion?

Western Digital has just unveiled their new WD Blue SN570 NVMe SSD, offering users a balance between pricing, performance and drive capacities. This drive is aimed at creators, ships with a 5-year warranty, and is said to deliver speeds that are 5x faster than Western Digital's best SATA SSD.

With sequential read speeds that are up to 3500 MB/s, Western Digital's Blue SN570 is a drive that delivers high-end PCIe 3.0 performance. However, this drive's write speeds will depend on the capacity of the drive you choose. Higher-capacity SSDs can often provide higher performance levels, thanks to increased internal parallelism and other factors.

Value-wise, Western Digital's 1TB SN570 model is due to ship in the UK for £83.99, making it an incredible value offering for the mainstream PC market. Sadly, Western Digital has not revealed the NAND type that they are using with their SN570 SSDs, though we suspect that this drive used QLC NAND.

Western Digital has announced that their SN570 drives will shop with a free one-month membership to Adobe Creative Cloud at launch. This will give users of the drive access to Adobe Photoshop, Illustrator, Lightroom, Premiere Pro and InDesign. The SN570's balance of pricing, performance and capacity makes the drive well suited to creator workloads, as it promises high-end performance without overly high pricing.

Below are the known specifications of Western Digital's SN570 series SSDs, as well as their US and UK prices. 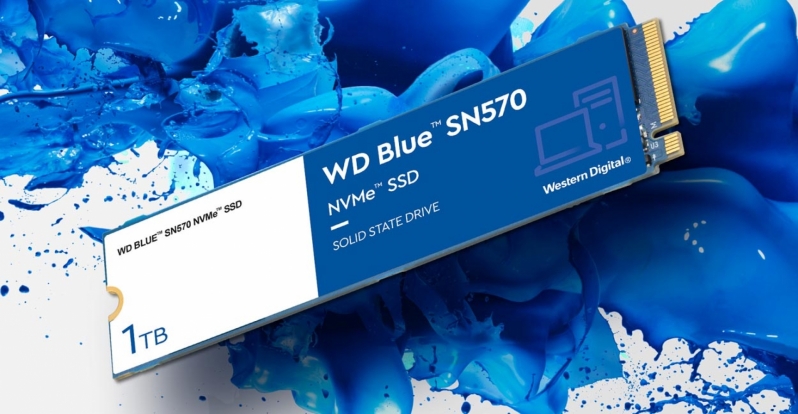 You can join the discussion on Western Digital's Blue SN570 NVMe SSD on the OC3D Forums.