Expect TLC and QLC versions and capacities of up to 1.33Tb per chip

Western Digital and Kioxia have officially revealed their 5th generation of 3D BiCS NAND technology, which successfully stacks 112 layers of flash memory together with TLC or QLC technologies. This innovation is called BiCS5, and initial chips offer 512Gb of storage.

This technology will not be available "in meaningful commercial volumes" until the second half of 2020. When it becomes available, it will ship with capacities which stretch as high as 1.33Tb per chip.

When compared to Western Digital/Kioxia's 96-layer BiCS4 NAND, BiCS 5 features 112 total NAND layers, offering a layer increase of 16.67% with this generation. When it comes to storage density per silicon wafer, BiCS5 offers 40% more total bits than the company's BiCS4 NAND, a factor which will reduce production costs per bit of NAND.

Other design enhancements have allowed Western Digital's BiCS5 NAND to offer up to 50% more I/O performance than its predecessor, making BiCS 5 faster and more storage dense. Not bad for a single NAND generation, though it will take some time before 112-layer BiCS NAND becomes a major part of Toshiba/Kioxia's production volume.

BiCS5 offers exactly what the market wants from NAND, faster I/O speeds, smaller, more storage dense chips and the promise of decreased production costs. That said, it will take a while before this NAND reaches commercial production volumes, and even then, this NAND needs to recoup its development costs before any savings can be passed on to customers. 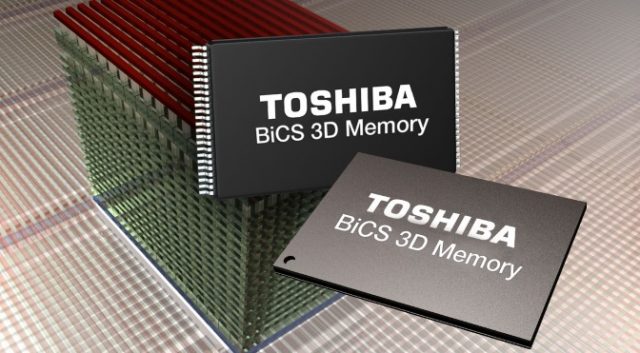 You can join the discussion on Western Digital and Kioxia's 112-layer 3D BiCS NAND technology on the OC3D Forums.