Toshiba produces the world's first 4-bit QLC NAND flash memory, which offers increased levels of storage density and cost/storage ratios.
Unlike the typical MLC (Multi-level call) 2-bit and TLC (Triple level cell) 3-bit NAND that we see in modern SSDs Toshiba's QLC (quad-level cell) delivers 4 bits of information per memory cell, greatly increasing the amount of storage that can be fitted into a single memory die.
Toshiba's new 64-layer QLC flash offers capacities of 768Gb (96GB) of storage per die, which is a huge increase over Toshiba's 3rd generation 512Gb dies which uses Toshiba's 3-bit TLC NAND. This new NAND will allow Toshiba to create a 1.5 TB SSD package with a 16-die stacked architecture, which is simply insane by today's standards.
Traditionally when creating NAND that fits more data, bits, into a single cell the memory loses some performance and longevity, especially when it comes to workloads with heavy writes.  This is why not all modern SSDs use TLC, 3-bit, NAND today. It is fair to assume that this QLC NAND suffers from similar problems.

It is fair to assume that this QLC NAND suffers from similar problems, making these SSDs most suitable for workloads where data is not written to the drives very often but read consistently. An example for this kind of workload would be for Facebook and YouTube, where a lot of data is posted and requires quick access but is almost never deleted from their servers. 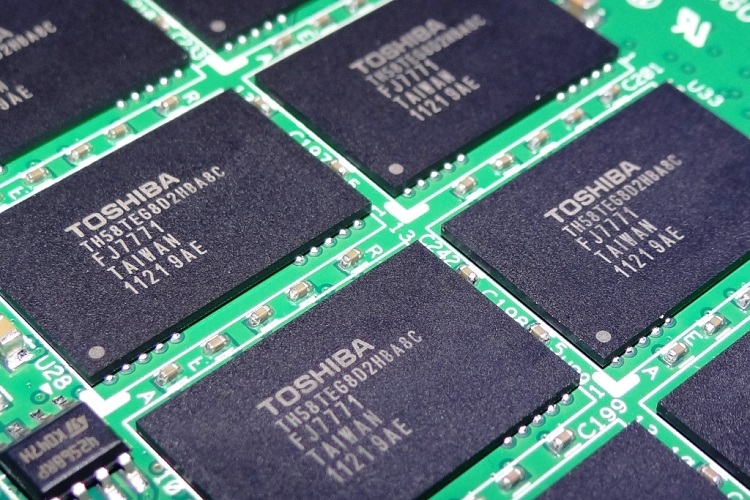 Samples of Toshiba's upcoming QLC powered devices will be shipping to SSD and SSD Controller vendors in June, with the company planning a demonstration at the 2017 Flash Memory Summit in August (7-10). At this time it is expected that this new type of memory will have some performance shortcomings, but its sheer cost/GB will certainly be of interest to both consumers and device makers.

Toshiba says that their QLC NAND requires 2x the accuracy of TLC technology, requiring the company to combine advanced circuit designs with their 3D Flash technology to overcome these technical challenges.

At this time it is unknown when we will first be seeing this new type of flash in consumer products, especially given Toshiba's current financial situation, though it has huge potential to offer a lot of value for money, especially when combined with a fast caching technology.

You can join the discussion on Toshiba's new 4-bit QLC NAND on the OC3D Forums.

NeverBackDown
Would love to see the reliability rating of these, in terms of performance compared to 2/3bit nand and the longevity of 4bit nand.Quote
Reply