The Humble Indie bundle 18 has been released

The Humble Indie bundle has been released

The Humble Indie bundle 18 has been released

The Humble Indie Bundle 18 has now arrived, allowing PC gamers to access popular indie game slike Goat Simulator and Ziggurat for bargain prices.
At this time the full Humble Indie Bundle 18 is not available, with at least one additional game releasing in one weeks time. Below is a list of what is available on each bundle tier.

Pay what you want! 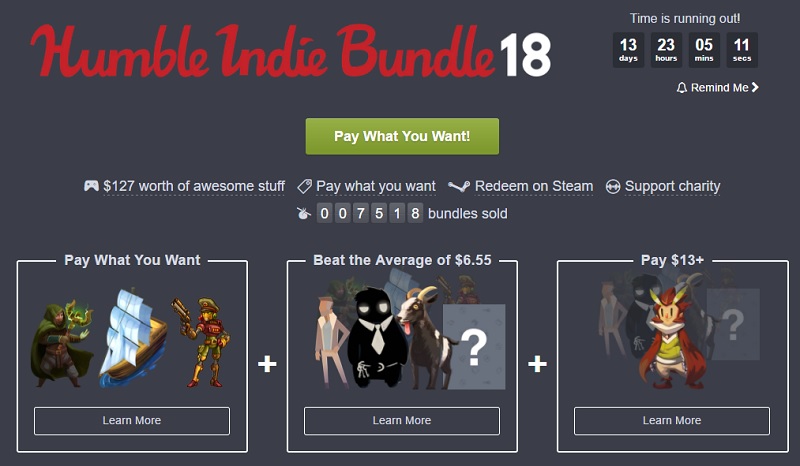 This bundle will be available for the next two weeks, ending on Tuesday, May 30th at 6 PM BST.

You can join the discussion on the Humble Indie Bundle 18 on the OC3D Forums.