Supertalent has announced their PCIe Nova U.2 SSD, which will come with read and write speeds of 3000MB/s and 2.2GB/s with capacities that range from 120GB to 1920GB.

This SSD will be using the new SFF8639 (U.2) connection, making this compatible with existing high-end motherboard with U.2 connection or with M.2 support through the use of an M.2 to U.2 adapter.

The Supertalent PCIe Nova SSD will use MLC nand and comes in a standard 2.5" HDD form factor, making this SSD compatible with most PC cases. 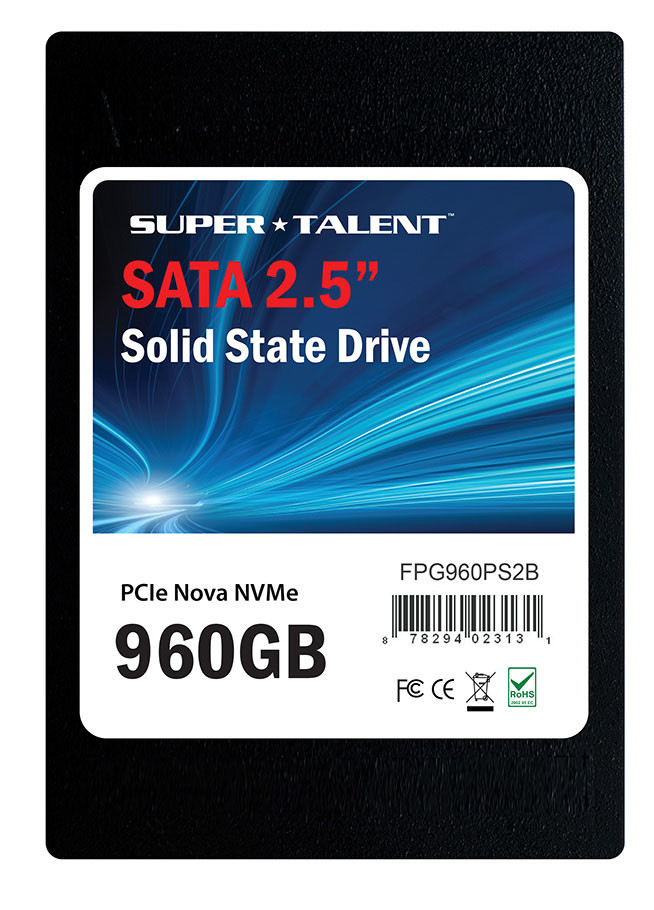 Aside from the Intel SSD 750 this is the first consumer grade U.2 SSD. You can learn more about U.2 SSDs and the SFF-8639 connection here.

You can join the discussion on Supertalent's PCIe Nova U.2 SSD on the OC3D Forums.

Supertalent announce their PCIe Nova U.2 SSD with read/write speeds of 3GB/s and 2.2GB/shttps://t.co/kjrH5L5nsv pic.twitter.com/xdeMa0iGbu

tinytomlogan
Much want for the 2terra!Quote
Reply