SSDs are getting cheaper

SSDs are getting cheaper

Back in February, I was in the market for an SSD, a moderately sized unit that would be able to cope with an OS a collection of software and a few games, settling on a 500GB model for just under £120. This pricing was typical for the time, though thankfully this is starting to change.

In recent years, NAND demand has skyrocketed, thanks to growing demand for solid state storage in data centers, increasing demand and storage requirements for mobile phones and increased use of SSDs in the boutique PC market. This increased demand brought with it increased pricing, much like the DRAM market, though thankfully this boost in demand came alongside the introduction fo 3D NAND into the market, offsetting normal supply/demand driven price increases.

This situation meant that over the past few years, SSD pricing has remained mostly stagnant, creeping slowly upward while DRAM pricing skyrocketed, though now it seems that the supply constraints within the NAND market are starting to disappear, which in turn means that SSD pricing is beginning to lower. 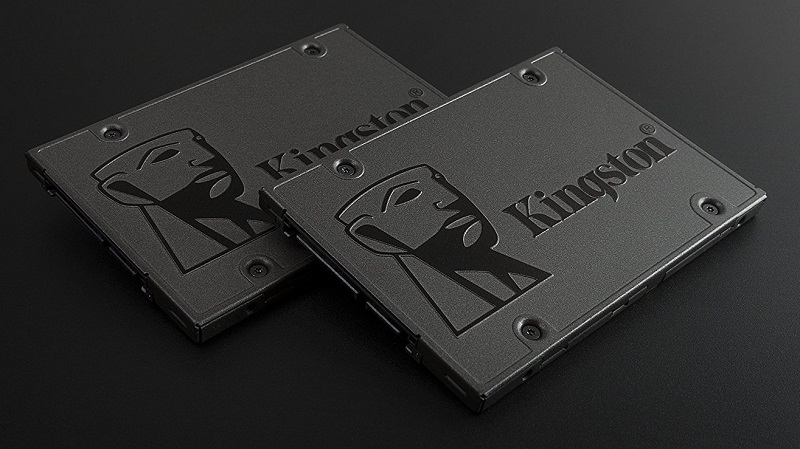 Looking at the pricing history for Kingston's 480GB A400, we know that the drive was available for £120 at most retailers on March 1st, creeping down to £100 in mid-April and now to £80 at both Amazon and Ebuyer, revealing a fundamental change in the SSD market.

In time, we hope that these prices decreased will apply to more SSDs across a broader range of manufacturers, ushering in a new era of affordable SSDs for PC builders. Hopefully, this change will also see the price of higher-end NVMe storage decrease.

You can join the discussion on SSDs getting cheaper on the OC3D Forums.

Sniper_Merc
Why not just get a couple of 240's for half the price and run them raid0? Been doing that for 2 years, works great. Most modern boards can handle the Trim function while in a raid array. Better performance, same storage capacity.Quote

AngryGoldfish
The noisiest thing in my system when idle is a 1TB WD Blue drive. When it shuts down the motor periodically, the noise of my system noticeably drops. The only thing I'm craving as an upgrade for my (unfinished) system is a 1TB SSD.Quote

NeverBackDown
Quote:
Because that's not nearly the same amount of storage?Quote

Kleptobot
Quote:
hahaha, great response. Its funny how there is still so much confusion over how the different raid setups actually functionQuote
Reply